Today’s POTD is pretty interesting, we have a member of Spain’s Special Operations Forces armed with a Heckler & Koch G36, in an intriguing configuration. The SOF Operator’s G36KE appears to be set up in a Designated Marksman role with an added cheek riser fixed to the folding stock, a shortened (possibly 15 or 20 round) magazine and an adjustable power scope. I can’t make out the make or model, can you? If so let us know in the comments. The rifle is topped off with a custom digital camouflage paint job. His sidearm appears to be a Heckler & Koch USP, the Spanish Army’s standard issue pistol. 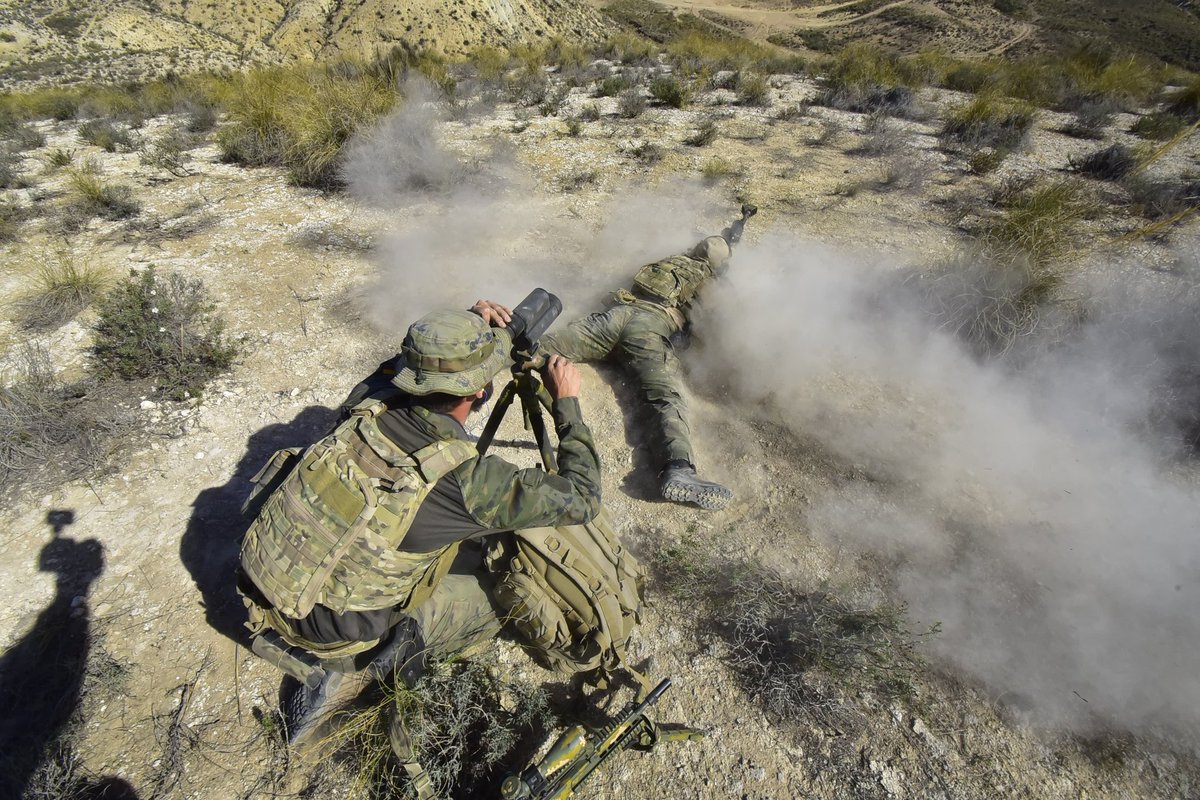 I’m not sure which element of the Mando de Operaciones Especiales (Spanish Special Operations Command) the men are from but the photos were taken during a recent Spanish Army SOF Sniper competition. The G36 DMR-armed operator is the sniper’s spotter.