I first blogged about the .700 WTF (“What The F***”) round this time last year. The inventor’s girlfriend has become the first woman to shoot the monster cartridge … 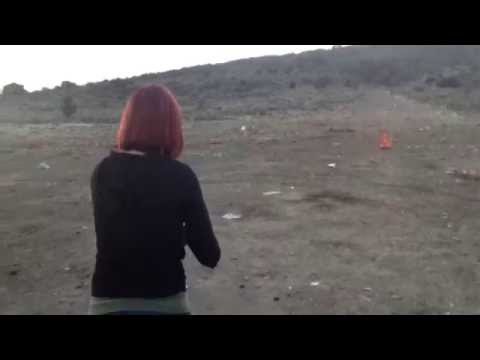 I know who I want with me if I ever end up in a Jurassic Park-like scenario.

You might have noticed Jarod’s girlfried was shooting without a muzzlebrake. The reason the recoil was not uncontrollable is because she was shooting a moderate load (1200 fps with a 1132 bullet). The “hot” load, which requires a muzzlebrake, is the same bullet but fired at over 2000 fps.