The Fictional But Honest Gun Industry of Borderlands 2 The weapons in the relatively new video game Borderlands 2 features guns which are randomly generated during the game. Each gun is “made” by one of eight fictional gun companies, each with its own style of weaponry. The companies compete with each other for business and the game developers produced some fantastic faux advertisements for each company. Ryan, a reader of TFB, explains below … This information is a little old so I apologize if I’m repeating dated news, but I felt it was interesting enough to send. A relatively recent game, Borderlands 2, heavily markets itself on a system that randomly generates guns. The noteworthy bit of this is that all these procedural guns are sorted by manufacturer and each manufacturer has a specific function and aesthetic about them. Guns manufactured by the Bandit company have a very rough and tumble Mad Max look to them, always have large magazines, and have a higher chance of having attached bayonets. Jakobs weapons have an old west theme, focus on incredibly high damage, and are never painted in order to show off their clean, wooden furniture. Torgue weapons are modeled after a bulky, Nascar inspired aesthetic and always shoot explosive gyrojet rounds. Vladof guns are blatantly russian themed, often times have rotating barrels and focus on high rate of fire. Tediore guns are built around the amusing premise of what a gun designed by Walmart would look like: boxy with terrible ergonomics and infinitely disposable. However, the one I think you will be most interested in is the Dahl corporation which has a design style that is pretty much ripped straight from a Magpul magazine 50 years in the future, produces the only weapons in the game that utilize a burst fire mode and capitalizes on a military themed advertising strategy.

The company identities are more than just aesthetic and functional. There is a whole lore of implied competition between these companies and each one has distinct advertising strategies and they frequently take potshots at each other. There were even a few fictional advertising videos made. The company wars don’t stop in the lore either. Many players develop company preferences and frequently debate about the best manufacturer online.

“Vladof, you don’t need to be a better shot, you just need to shoot more bullets.”

“If it took more than one shot, you weren’t using a Jakobs.”

Since Torgue and Jakobs directly compete in terms of power it makes sense they would make a smear attempt like this. 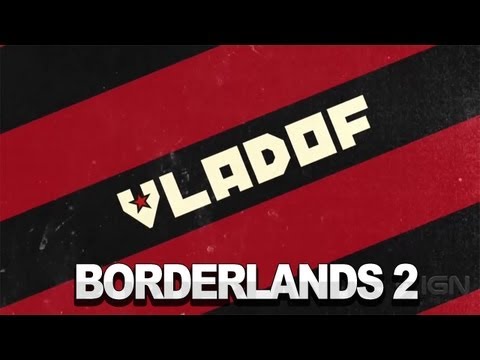 These advertisements are refreshing. We live in a strange world where political correctness results in real ads being fictional (see every ad about zombies) and fictional ads being honest. Imagine if S&W ran an advertisement saying “Self defence is an art, Smith & Wesson is your paintbrush”!