The New Browning A5 Shotgun

Posted October 10, 2011 in Shotguns by Steve Johnson with 62 Comments
Tags: a5, shotgun, shotguns

John Moses Browning’s Auto-5 is back in production, sort of. The newest incarnation of the Auto-5 is the Browning A5. While it has the distinctive Auto-5 “humpback” appearance, inside it is all new. Browning ripped out the nifty long-recoil (recoiling barrel) system and replaced it with a new short-recoil system.

Browning’s new short recoil system, named the Kinematic Drive System, is almost identical to the Benelli Inertia recoil system. Paolo Benelli invented the Inertia system in the 80s and was granted a patent for it in 1986 (Patent #4604942), thus preventing any competitors from incorporating it into their designs. I believe Browning is the second company outside the Benelli/Beretta family of companies1 to produce a shotgun using the Inertia system since the patent expired in 2006.

Along with a new recoil system, the A5 features Browning’s new Invector DS (Double Seal) choke system. The Invector DS chokes have a brass seal at the base to prevent gas and grit from entering the gap between the inside of the barrel and the outside of the choke. I really hate removing, cleaning and retightening choke tubes, so I am hoping it works as advertised (see below): 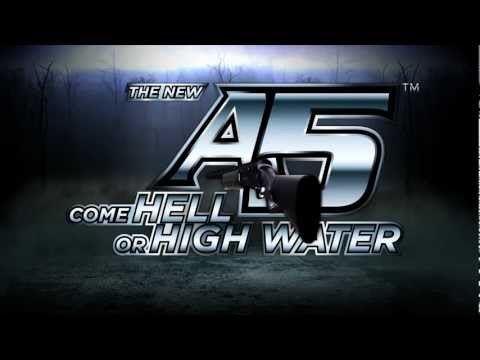