NOTE: This post is part of the tour of Europe the Guns For Sale team did earlier this year in conjunction with the IWA 2011 show. More behind-the-scenes footage from the Fiocchi plant is available here: Fiocchi.

Fiocchi has been producing ammunition since 1876, and is still owned and run by members of the Fiocchi family. Their Lecco factory has since been joined by an American plant in Springfield, Missouri, but the company’s roots are in Lecco, Italy, just south of the border with Switzerland. We were given a tour of the factory by none other than Pietro Fiocchi, President of Fiocchi USA.

There, we saw just how much is required to produce the staggering amounts of ammunition and components that Fiocchi puts out every year:

Spools of lead at the Fiocchi plant

Today, there are approximately 420 employees at the Fiocchi plant. Compare this with the 3,500 employees at the plant during World War II, when it was under the control of the German Army – and yet it only produced 50 million rounds per year! Clearly, technology and improvements in manufacturing have benefited this industry.

The Lecco plant is set between a lake and a mountain range, the latter of which is used for storing explosives. This mountain range also served to protect the factory from Allied bombing during World War II, as there were 88mm anti-aircraft guns on the lake shore, requiring bomb runs to come over the mountain range – but the geometry involved meant that most bombs fell far beyond the factory.

Today, the plant is essentially inside the city of Lecco, and many environmental restrictions have been placed on the facility. It’s achieved ISO 14001 (environmental) certification, as well as ISO 9001, and various NATO certifications – it supplies various NATO military and police forces with quite a lot of ammunition.

We were impressed with the efficiency of the plant, as well as the work ethic of the employees we met. This video shows a small part of what goes on every day at Fiocchi. 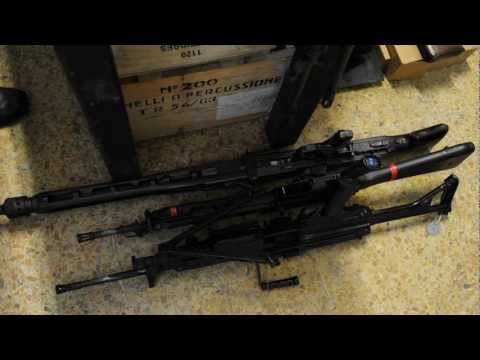