Gun Shops and Gun Laws of the Kingdom of Saudi Arabia In the last few years, the Kingdom of Saudi Arabia is going through a drastic transformation. Things that seemed impossible just a few years ago are now a part of daily life for Saudi citizens: women can drive, cinemas are open, music is playing everywhere, and the morality police don’t enforce their views of virtue. As a result, Saudi Arabia is slowly becoming more attractive for expats and businessmen from all around the world.

One less-known aspect of this transformation is Saudi gun laws, which drastically changed in the last couple of years. Before, Saudi firearms regulations were pretty close to what you would see in other rich Gulf states: guns are heavily restricted for the general population, and only rich and well-connected or those with proper ancestry would own weapons. But when I visited Saudi Arabia earlier this year, I saw a striving civilian firearms industry that is quickly leapfrogging into the international firearms market. And it still has a few interesting features I want to talk about.

Until very recently, all civilian firearms sales were limited to just one event a year. Gun enthusiasts from all around the region got together for the INTERNATIONAL SAUDI FALCONS AND HUNTING EXHIBITION. Think of it as a Saudi “SHOT Show”, but you can buy anything you see in the booth. The show is generally held once or twice a year outside of Riyadh, the capital of Saudi Arabia, and it lasts for at least a week. 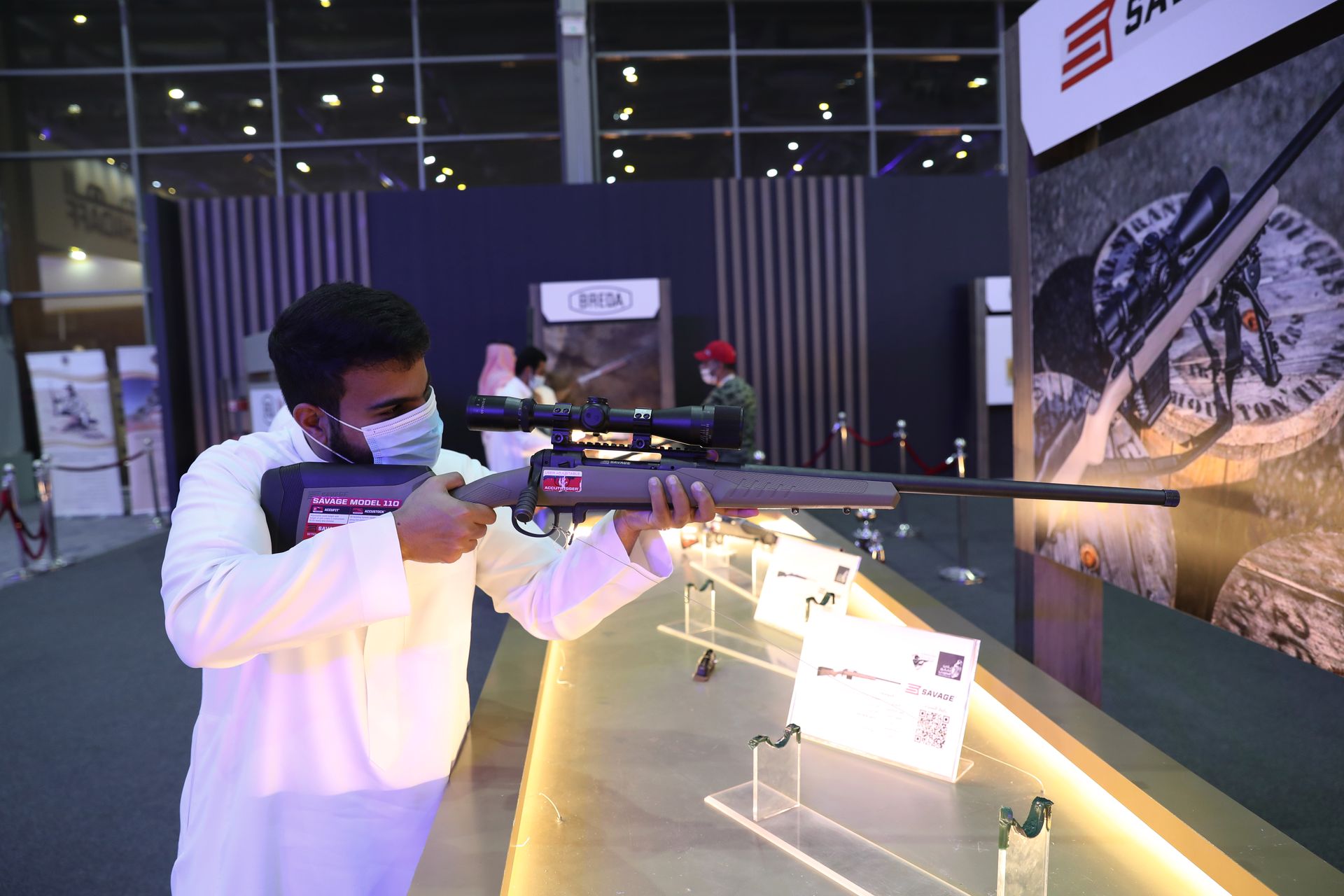 Recently, there has been a significant change – the website of the Falcon club now works as an online store where you can order certain handguns

Unlike many other places, Saudi Arabia has very logical criteria when it comes to the civilian firearms market. Anything in pistol or shotgun caliber as well as 22LR is legal to purchase, regardless of magazine capacity.

Therefore, most international handgun and shotgun brands started to enter the Saudi market. Bolt-action rifles are generally restricted, but available to certain individuals on a “may issue” basis. Recently, there has been another interesting development – 300 Blackout was added to the list of allowed calibers, and the first rifles chambered for that round appeared online. During my visit to Saudi Arabia last February, I had a chance to see something unprecedented that happened for the first time. Local gun dealers were allowed to organize a large gun show in the most fashionable place in the entire capital –  Park Avenue Mall, an open-air shopping district with multiple attractions for children, plenty of fancy cafes, and countless food courts.

It was unexpected, but a truly remarkable experience. You walk down the street of this shining shopping district, some people watching football, children throwing hoops on a stick, young women sitting together, laughing and drinking fresh-squeezed smoothies – and suddenly you see a crowd of people getting into multiple gun dealer booths to check out some guns. I visited the most impressive display organized by the local company called Rammai. All handguns in the booth were available for public

At the beginning of 2022, the Saudi government allowed gunshops to open temporarily for the first time in years, partially to attract more people into the new shopping district. The results were stunning – the crowd came in before the shops opened and stayed there until the shop closed around midnight.

And they were not just window shopping. The procedure for firearms purchase now is pretty straightforward and fully digitalized. Before you buy a gun, you must undergo a medical screening at a specialized hospital. Typically, the entire screening process takes less than an hour.

After your screening is completed, your name appears in the digital system used by the gun shop, and you can purchase the gun you want. The ladies at the counter have access to the system and check your medical status before checkout. The cash register at the display booth.

Surprisingly, very few pistol caliber carbines (PCC) were available. This type of firearm is just entering the Saudi market. The only PCC they had in the shop was “Saiga 9” and I was pleasantly surprised to see a picture of myself in the middle of the shop shooting a full auto version of “Saiga 9”. Since the laws changed, it took just a few months for infrastructure to appear. Right now, Riyadh has several shooting ranges and plenty of competent shooters and instructors who can teach the basics of safe gun handling.

The shops around the country still can’t sell firearms, but sooner or later it will change. The biggest players on the market already have an infrastructure – there are many shops selling air guns and hunting accessories all around the Kingdom, and if the laws change, within weeks those shops are going to add firearms to their showcases.

And if the current direction doesn’t change, within a few years, Saudi Arabia will be one of the most important civilian firearms markets in all of the Middle East.