If you gave me 6 million dollars to build a house, said house would absolutely contain:

And apparently, photos of Dr. Phil’s house – now for sale – show that he and I have the same taste in everything. (There are no pictures of cocaine – I’m just assuming – but you don’t have to be a psychologist to read into these photographs.)

Get a gander at this real life acid trip of a domicile: 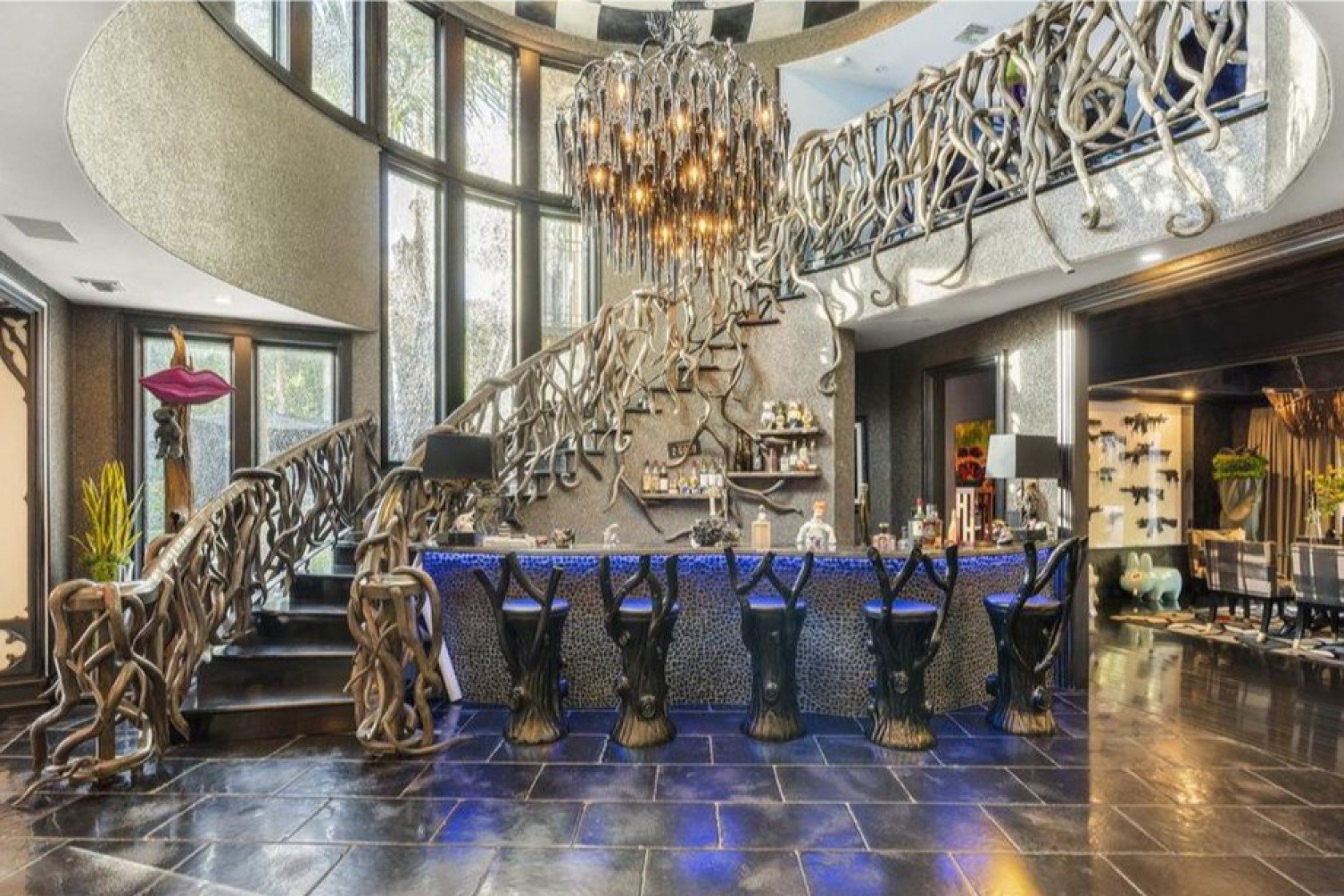 Those are definitely tentacles. It looks like a Salvador Dali painting made angry love to Ursula from The Little Mermaid and they commissioned Antoni Gaudi to make an interpretation of it in the form of a foyer. 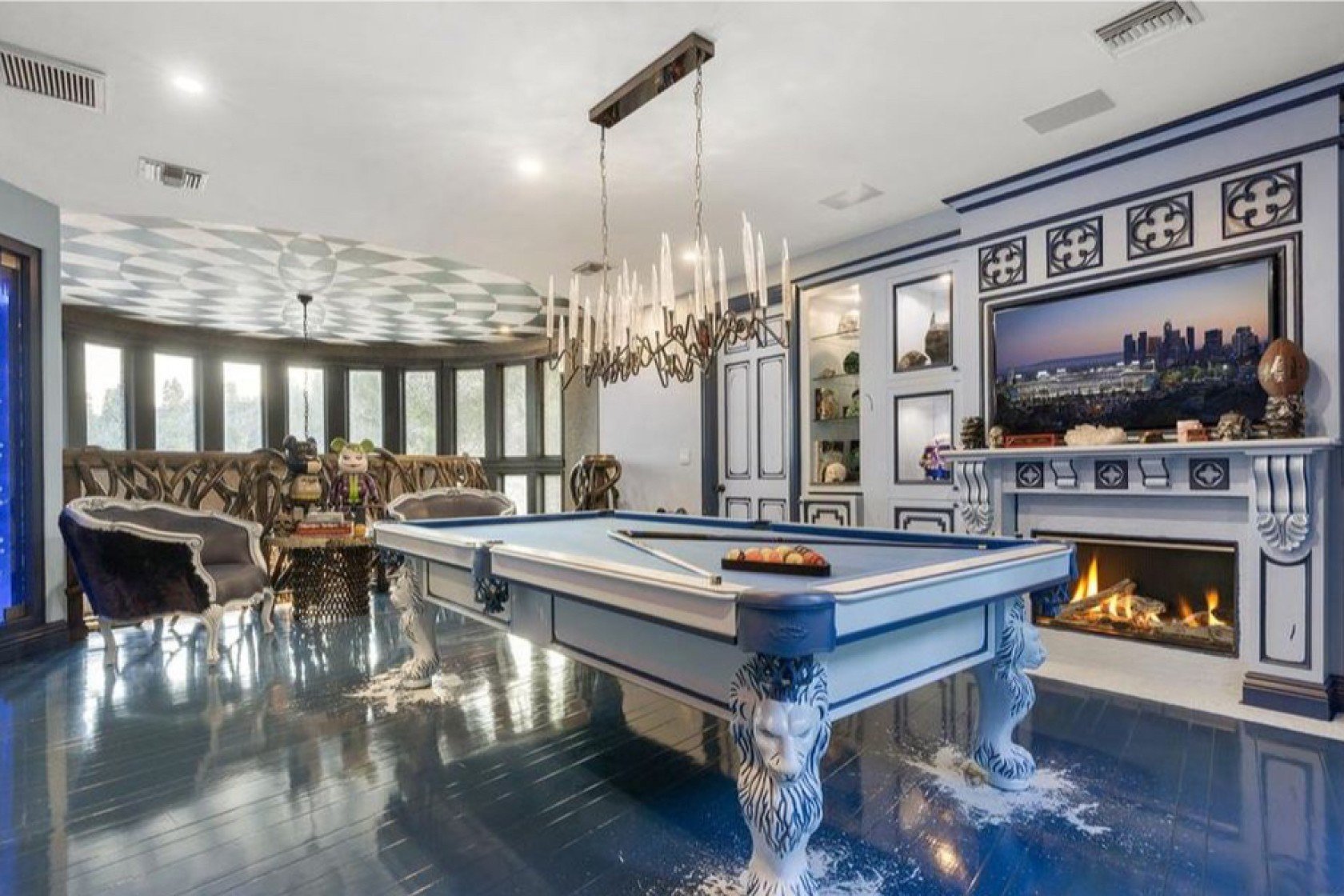 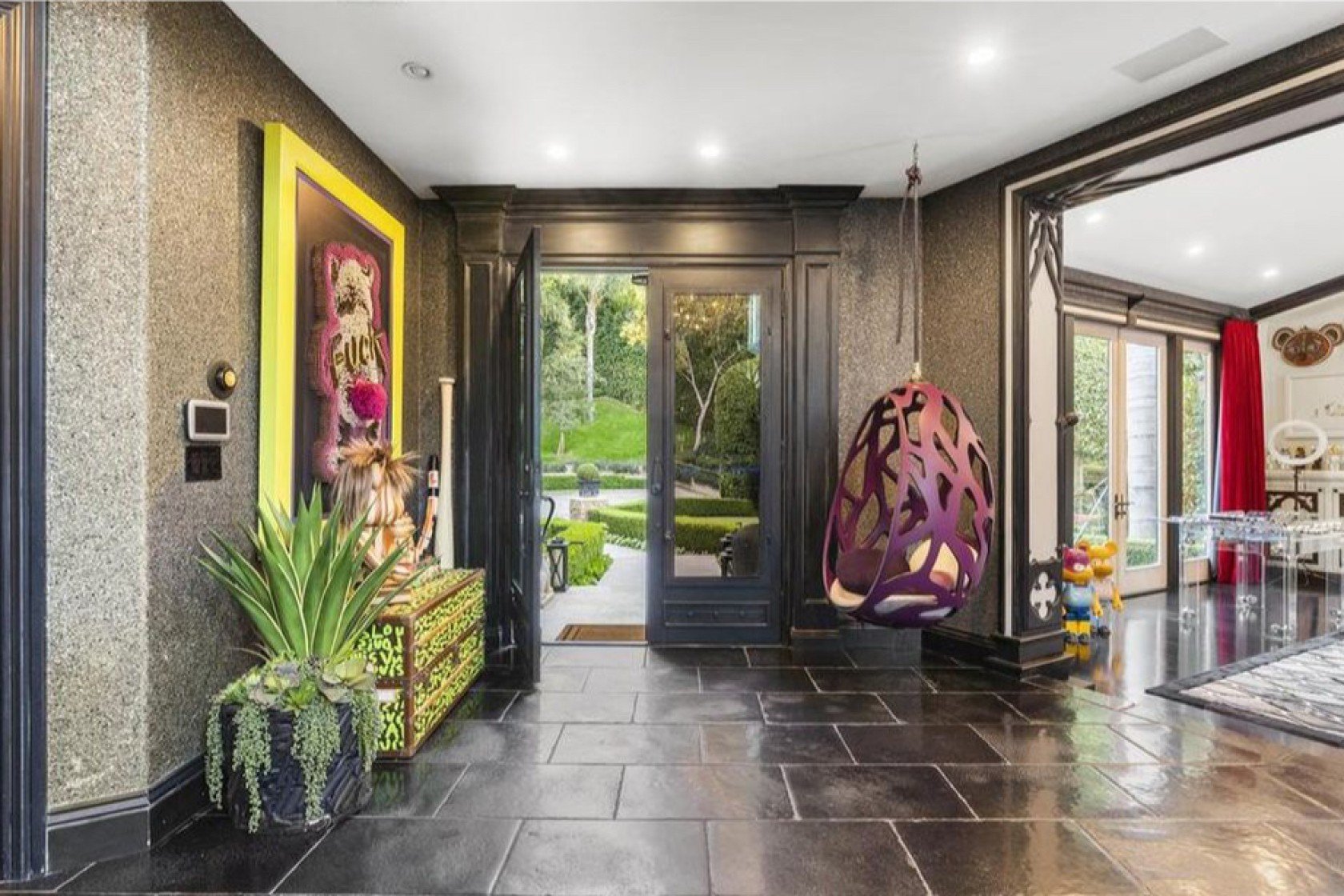 Nothing says “welcome to my home” like a massive entryway painting of an animal with “FUCK” scrawled over it.

AND FINALLY, THE PIECE DE RESISTANCE: 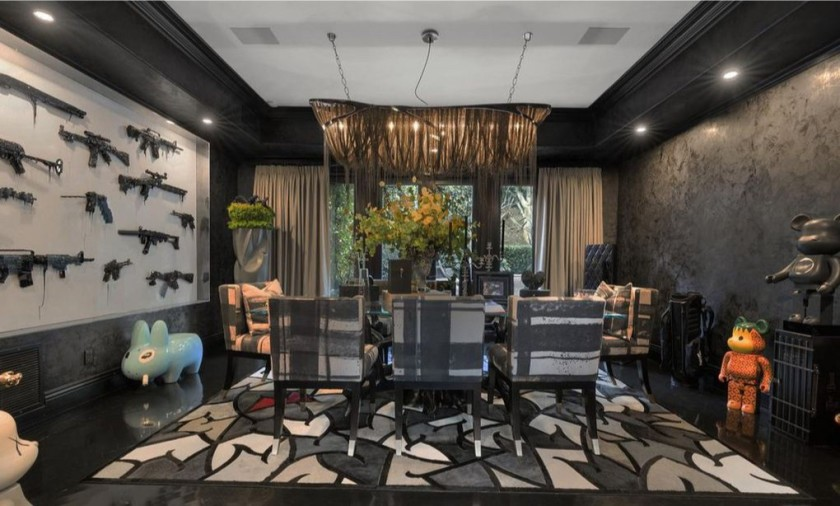 Are those…guns? Yeah, right there above the rabbit smoking a cigarette.

Anyone care to ID any of Dr. Phil’s gats?

Apparently, Dr. Phil’s $5.75M mansion also has a dope Star Wars room containing Prequel meme art, and an homage to the Dark Knight as well. Per the NY Daily News:

One room appears to have a dedicated “Star Wars” wall, with a stylized painting of Darth Vader chatting with a Stormtrooper and a neon sign that reads “Hello there,” Obi Wan Kenobi’s famous greeting in 2005’s “Revenge of the Sith.” Another room includes a table with mice-like versions of Batman and the Joker on it.

I couldn’t find pictures of the Star Wars room in the 90 seconds I spent Googling for it, but I’ll update the story if they come across the newswire (i.e., if someone sends them to me).

Dr. Phil’s mansion is in L.A. – how does he get away with all of these sweet guns in his house in the Republic of CA? Not just legally, but how has he not been ostracized by Californian urbanite society? I am a-Freud that’s because the gun wall is just an art installation. According to CNN, this is actually an anti-gun display:

“The ‘guns’ on display are actually an anti-gun art installation where the useless guns are melted,” said Jerry J. Sharell, a spokesman for the “Dr. Phil” show.

*winks and taps side of nose with index finger* We see you Dr. Phil. Sure. “Anti-gun art installation.”

I’d do the same thing if I lived in Cali:

“Oh, Mr. Spielberg, don’t be afraid. What looks like my personal collection of 23 assault rifles prominently displayed in the living room is actually a statement against gun violence in America.”

“Why, no officer! This smattering of two dozen AKs imported from several Asian and Central European countries lovingly hung from iron hooks on a pegboard wall in my basement is an installation highlighting the banality of gun culture in America.”

Anyways, I’m going to get a Kickstarter going. Who wants to go to LA for a weekend on the range practicing, uh, “art” drills? You guys start pledging the $6 mill and I’ll call Taran right now to get the housewarming party planned out.