At their pre-SHOT Show range day SIG Sauer have demonstrated their new light machine gun, the SLMAG. TFB reported back in October 2018, that SIG Sauer had displayed their new light machine gun at the 2018 Association of the United States Army exposition. Now, thanks to footage from SIG’s range day we get our first glimpse of the SL MAG, chambered in .338 Norma Magnum, in action.

The gun’s designer, David Steimke, discussed some of the weapon’s features and noted that the SLMAG is a multi-calibre design with the new light machine also providing the basis for SIG Sauer’s entry into the US Army’s Next Generation Squad Weapon program. According to Military.com, Paul Snyder, SIG’s product manager for their new light machine gun project, confirmed that “We will not be submitting this, but we are working on the prototype opportunity notice for the U.S. Army.” Snyder described their NGSW entry as ‘very, very similar’ suggesting that their entry is likely a SLMAG chambered in the US Army’s new spec XM1168 6.8mm GP round. 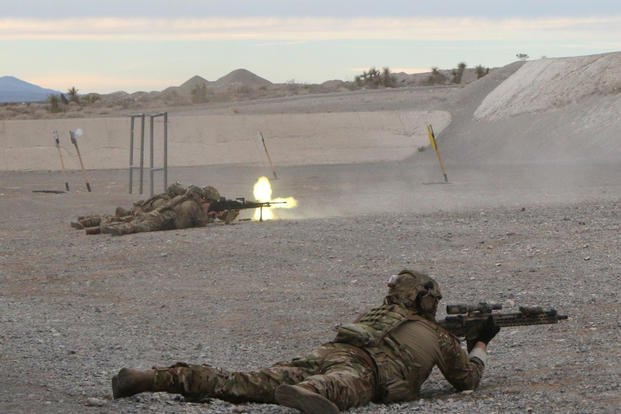 The .338 Norma Magnum SLMAG demonstrated has a rate of fire of 600 rounds per minute and an effective range of 2000 metres. Developed as an answer to General Dynamics’ Lightweight Medium Machine Gun, the guns were likely intended to meet the need established by a Sources Sought Solicitation posted by the United States Special Operations Command and the United States Marine Corps back in May 2017.

Some footage of the SL MAG in action:

The SLMAG reportedly weighs in at 20 lbs, lighter even than the M240B. The gun was demonstrated by Colin Murphy, one of the SIG Sauer Academy’s instructors and a US Army’s 3rd Special Forces Group veteran, he described it as “the lightest, most powerful [man-portable] machine gun on the face of the earth.” Soldier Systems reports that the SLMAG can be loaded without having to open the top cover and the direction of feed can be swapped. As the gun is multi-calibre it can also be chambered in the more conventional 7.62x51mm round and from the footage shared it appears to operate using the short or possibly long recoil principle of operation.