The .600 Nitro Express. What a round! Used primarily for big game hunting, it’s not for the faint of heart, nor someone with a fear of loud noises.

This Heym “Express” model is a bolt-action repeater which can hold 3-5 rounds depending on the caliber. It’s a beautiful rifle, and the two rounds I had were fun to shoot! 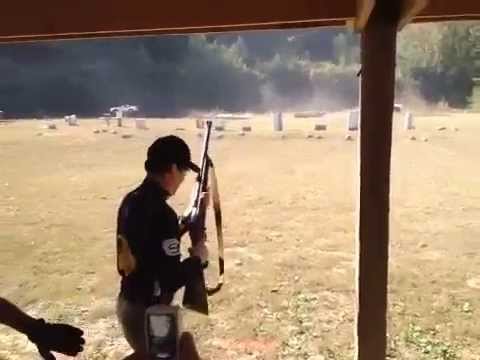 Also interesting to note is that Heckler & Koch imported Heym rifles from Germany, which is why you see H&K marked on the barrel. The business end of the Heym .600 Nitro Express.