I recently went to my first ever gun show at the Cow Palace near San Francisco, CA. The Crossroads of the West gun show comes to my area 4-5 times a year which is nice. I was wandering around taking in the culture and the goodies that were on display. I saw a man demonstrating a very cool gun safe called the Titan Gun Vault. Side view of the Titan Gun Safe. “DOJ Approved” is a California-specific approval.

It’s designed for multiple locations: mounted to a bed, to a desk, to your car floor, a closet floor – the possibilities are only limited by your creativity. The universal and bed mounting plates allow for this flexibility.

What I like about the Titan safe is when the door opens, the gun comes up with it to speed up your access and reduce the risk of the gun getting snagged in the safe. There is an optional magazine attachment, which lifts up your magazine as the main door opens. The combo is a set of 5 buttons which the owner can set. It’s all mechanical for reliability, so no batteries to worry about. 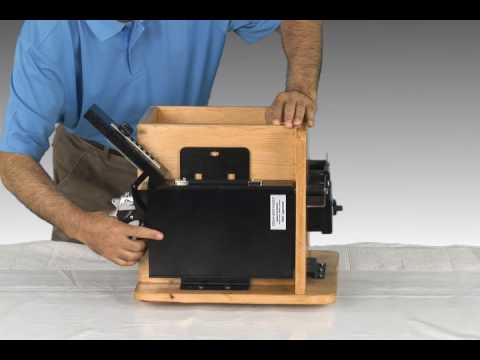 I was planning to test the Titan by mounting it to the floor of my SUV, but I wasn’t confident in drilling holes in the floor of my car, lest I puncture something important. There weren’t any instructions or guidance on how to mount the plate in a car, and I couldn’t find any reliable advice on the internet. I contemplated going to a mechanic to have them drill the holes, but I decided to be scrappy and find an alternate method.

The Titan can also store a mounted hard drive for a computer, and there is a laptop security mount. Knowing this, I took a laptop cable I had lying around and slung it around a metal support bar under my car seat bench. I used a magical piece of duct tape to keep the safe from moving around, and avoided having to drill all together. View of the Titan Gun Vault from the driver’s seat. The safe is installed underneath the car’s back bench, and secured with a laptop cable (sold separately).

From the front seat of my car while buckled into the driver’s seat, I could quickly turn around and access my Sig Sauer P226 and the magazine. Titan recommends practicing accessing the safe in the dark, and the combo buttons are easy to feel with your fingertips. The Titan can secure the vast majority of pistols and revolvers, and the magazine compartment can fit single or double stack magazines, or revolver speed loaders. Pistols with a tactical light mounted to it will require a replacement holster that runs for $39.00.

The Titan Gun Safe retails for $349.00, and the ammo box retails for $59.00. All items are available at www.titangunvault.com.