One or more supporters of the Free Syrian Army are creating high definition Arabic language gun training videos and putting them on YouTube. They are intended to help train rebel recruits in maintaining firearms such as the FN FAL, which has been imported by the Syrian rebels.

The FN FAL rifle pictured above appears to be made, at least in part, from a Brazilian IMDEL parts kit. It appears to be equipped with a DSA Arms Extreme Duty Scope Mount which is manufactured in the USA.

The video producer has access to a diverse collection of well maintained and accessorized firearms. There are only a few countries in the world where you would expect to see a Kel-Tec pistol, Sig 9mm, Glock Gen4, Workforce wrench and a S&W M&P AR-15 rifle in the same place. This was almost certainly filmed in the USA or Canada (my money is on the former). 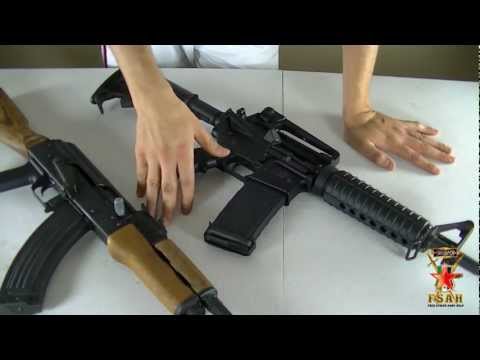 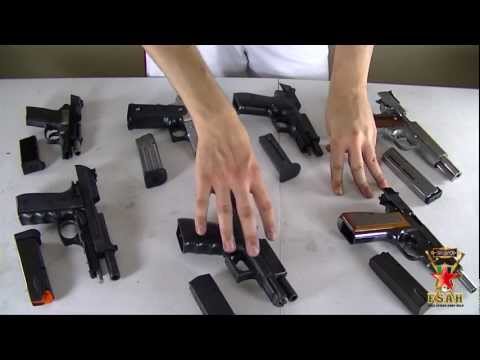 The videos are an interesting use of New Media to support a rebellion. Distributing training material to a rebel army a few years ago would require significant resources. Now all someone needs to do it hit Upload.

Is it legal for a US citizen to provide assistance to a foreign army or rebel group? I am unsure. Free speech, in practice, frequently ends at the border. It is perfectly legal to produce a firearm instructional video and upload it to Youtube for consumption inside the USA, but professional training video producers such as Magpul claim that their training videos are regulated by ITAR and require State Department permission to export outside the USA. It would defiantly not be legal to produce an identical video but in such a way that it is aimed at any group classified as a terrorist organization. Doing so would be a federal crime that has been upheld by the Supreme Court.

Can any Arabic speakers please tell us in the comments how factually accurate the video narration is. Thanks.

[ Many thanks to Damien Spleeters for finding these videos and identifying the FN FAL. ]