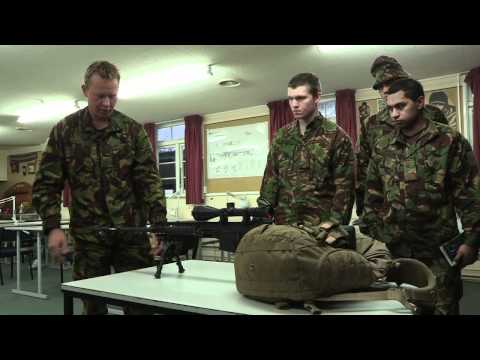 The rifle looks to be a similar configuration to the British L129A1. The differences that I can see are the use of a Leopold 4.5-14X scope instead of a fixed power Trijicon scope, a foldable foregrip and backup iron sights mounted at a 45 angle. This is the first time I can recall a military AR-15/AR-10 rifle being issued with angled iron sights.

I have shot the LMT 308 and I was incredibly impressed. Hitting targets with it was just to easy.

[ Many thanks to WhaleOil for emailing me the link. ]