Century International Arms is now selling a AK74 rifle in a bullpup configuration.

Unlike their 7.62×39 bullpup AK, this gun does not have iron sights, but instead includes a forward picatinny rail for mounting red dot or other optics.

Century has not announced pricing, but if you are a dealer who has access to the MSRP price, please post it below in the comments. UPDATE: Reader AFD reports that the MSRP is $680 (with extra magazine). 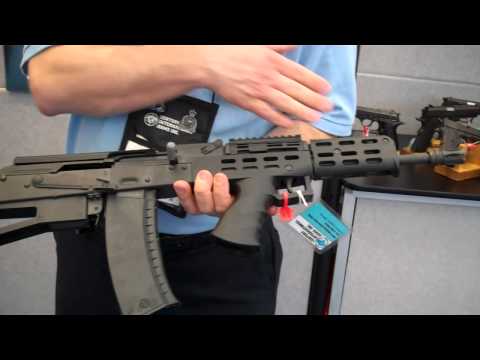 [ Many thanks to Thaddeus for emailing me the link. ]