Earlier this year I blogged about a prototype pistol by the German firm Armatix which required the operator to wear a special wristwatch in order to fire it. I considered it a novel idea but ultimately useless invention that would never be adopted. Built-in gun locks are bad enough, who would want a gun that requires an expensive wireless electronic system just to pull the trigger? I could not have been more wrong. What I did not realize when I wrote the article was that Armatix was heavily lobbying the German government to make electronic and biometric safety devices mandatory. They succeed into making it a legal requirement for people who inherit weapons, but who do not have “sufficient” reasons to own a gun, to lock their guns with a biometric “dildo” that is inserted into the barrel. This requirement is on top the existing German law that requires all guns to be stored in gun safes. Like so many of these “safety” devices, they are quickly bypassed as was demonstrated on German TV … 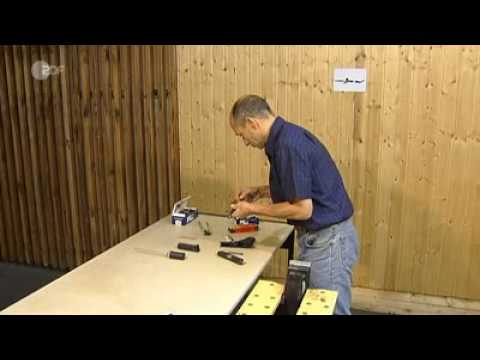 As bad as the biometric gun lock is, it pales in comparison to Armatix’s latest technology: incorporating the wristwatch concept into hunting and target shooting rifles along with electronic devices to prevent the gun firing at unintended targets. They originally tried to partner with H&K to introduce this technology but that deal fell through and resulted in legal action taken again H&K. Armatix has now partnered with ANSCHÜTZ.

The ANSCHÜTZ/Armatix Target Control technology prevents a target rifle from firing without the operator wearing a special wristwatch. It also incorporates technology that does not allow the gun to be fired without it pointing at a target.

You may be thinking this is a great idea. Let me present a counter-argument. I belong to a small-bore (ISSF-style) target shooting club where Anschutz rifles are popular. The club is over 100 years old. As far as anybody knows, there has not been a single accidental shooting. There is a much greater chance of injury driving to the club than there is at the club! Not only is this technology is not needed, but it is likely very expensive which will hurt the sport. Beginners often use cheap 50 year old rifles that shoot far more accurately than they can.

The Hunting Control system is similar. Not only does it require electronics in the rifle, but it requires every hunter and hunting dog to wear and electronic tag. The rifle somehow detects when it is pointing towards a tag and then locks the rifle.

Again, if you have hunted you may think this is a good idea. It is not! Firstly, it would require every hunter and every hunting rifle to be equipped with the system. This would be very expensive. Secondly, many a hunter has had problems with electronic scopes and other electronic gadgets in the field. There is nothing worse than going on an expensive hunting trip only to find that your expensive illuminated scope does not work in the cold wet conditions! I doubt this system would fare well in the field.

We refer to your e-mail and request to our project
“Biathlon rifle with integrated Armatix Target Control” system. We
are pleased that you have addressed your question to us directly to find out more
to learn first-hand by ANSCHÜTZ. We are happy to give you
this additional background information.

Verbandsseitig considerations have emerged, such as the
Biathlon target shooting can be made even safer. From different
Sites, for example, the use of safe laser “weapons”
examined and tested. Among other things, we have these new developments
of course, made famous. The developments in modern
Pentathlon (laser gun instead of gun) are known to us.

In parallel, the company is approached Armatix on us. After long
Talks was finally placed an experimental project, the Armatix
Target Control incorporate technology in a biathlon rifle, and the
To test functionality.

During the ISSF World Cup have in sport shooting in 2010 in Munich
we and the company Armatix a biathlon rifle model with these
Technology are presented. In this context, it was a lot of positive
Feedback, especially on the part of various officials association
at national and international level.

We see this technology as a possible step, the Sports Shooting
making for children and young people in the beginner area safer and
Associated with this technology, the eventual possibility of
progressive abolition of the age limit to realize the bottom. The
would mean that children and young people in Germany might
re-shoot from 10 years ago with a small caliber weapon. To the
Achieve would be a nice goal! I think that nowadays
actively different ways should be left to the shrinkage of our
Market may be able to counteract. This development and the increasingly
stronger legal restrictions I am following with concern.

Of course, this objective is a long and difficult path, which is the help
and cooperation required of all: With us as industry and manufacturers,
with associations such as hunters and shooters and above all with
the press and the media.

It’s actually like in any sport, the earlier I was a child with the
respective discipline begins, the better I am in the junior and
Adulthood. This means that we will in the coming years
Champions in sport shooting and biathlon in Europe, World Championships and
Olympics can provide.

Next we have with this system, an argument against parents,
Critics and opponents of weapons, which, due to fears of the dangers
which allegedly with the shooting and the private possession of weapons
are connected to take them.

It is not our goal to equip all weapons with these Armatix system.
It is intended purely as an alternative or option for the beginner in shooting
Children and youth are, and thus a higher degree of
Security work. With the World Cup in Munich on the prototype and shown
the resulting information brochure we were the first
Response to an international audience, connoisseurs, and fallow shooters obtain
and that was very positive.

The information in the brochure designed for the World Cup and the fact
contained and presented hunting area have so far only an idea, as
should serve the basis for discussions. An official brochure
PDF file was published by us have not yet!

In this sense, we thank you too about your opinion.
Your thoughts, whether positive or negative, we also important.
We welcome your requests, concerns, ideas and opinions in order to
future projects and developments to incorporate this.

You know how much the private ownership of weapons here in Germany and
in many other countries of the world market is in for criticism. A lot
national and international manufacturers in the industry and sport
therefore looking for alternatives and technologies that the critics
Provide counter-arguments. And I think we have the Target Control
might such an alternative, to continue with “sharp weapon”
allowed to shoot.

The sports event “Biathlon at Schalke is” the next time
probably be held laser weapons …… These come
not out of the house ANSCHÜTZ.

They appear to be hedging their bets. They say they do not want all rifles to use this technology, but that defeats the purpose of the Hunting Control system. Anschutz cite competition safety as a reason for using the Target Control system, but they must surly know that target shooting is a very safe sport.

It really saddens me that Anschutz have sold out. Instead of taking a stand they are looking to exploit public fear to make fistfuls of cash selling rifles equipped with the Armatix system. Shame on you Anschutz. Shame on you.

[ Many thanks to Ernst and Jörg for information used in this blog post. ]