Many different prototypes were tested since 2014 when the development of this pistol started, and you can see some of them in the post of fellow TFB writer Hrachaya H. Some of the concepts looked very interesting, but the design of the final version of “Udav” leaves a lot to be desired. I had a chance to check out both military and civilian versions of this pistol, and the only real difference is the lack of manual safety on “Aspid”. The handgun feels a lot like H&K USP Expert or Mark 23, big, bulky and very “plasticky”. The main feature of “Udav” pistol is its proprietary 9×21 round designed primarily as armor-piercing ammunition.

But the physics can’t be negotiated with, and even with a proprietary round, “Udav”, or any pistol for that matter, cannot penetrate modern ceramic body armor plate that is a part of a standard loadout in any modern military. Even new 7N42 rounds that have a bullet with the “flat screwdriver cut” can’t possibly penetrate SAPI Plates or Russian “Granit” plates issued as a part of “Ratnik” equipment. Against a soldier in body armor, 9×21 is just as bad as 9×19. 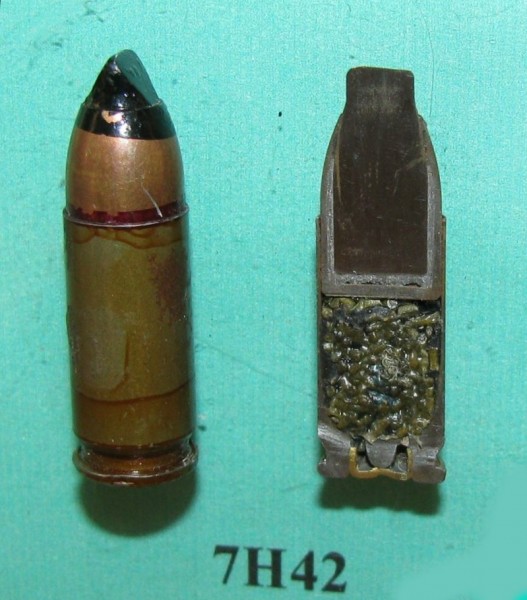 That makes an entire concept very questionable – proprietary rounds cost more than standard 9 mm, which makes training more expensive; it has a more substantial recoil; there is also complete dependency on the single manufacturer for ammunition supply and no ammo interchangeability with weapons of other military units or LE agencies that use 9×19 for their Glocks and PYa pistols.

And while you can somehow convince the military that 9×21 is worth it, any free-market wouldn’t approve of another proprietary round with questionable advantages. That is why the civilian version of “Aspid” is chambered for standard 9×19 round.

18 round magazines are double-stack double-feed, the pistol can use aftermarket Glock sights,  and every inch of its frame defies everything we heard about optimal grip angle. Also, the pistol does not have a conventional slide release – to send the slide forward after a reload, shooter would have to “power stroke” the slide. Frankly, for me, the most impressive thing about the pistol was its designer, Ivan Kozlov. Young, well-spoken, humble and very confident, excellent shooter with a very good grasp of modern handgun design, I am sure in the future we will hear a lot more about him and his weapons designs.

In this video, Ivan Kozlov, designer of the pistol, demonstrates his creation