In our day and age, it is hard to imagine that some weapons still remain literally unknown to the general public. It seems that because of TFB, “Forgotten weapons” and other specialty gun blogs, no weapon is truly forgotten anymore. That is why I was really surprised when my friend Pavel Pticin showed me “Vitrina”, classified grenade launcher developed for KGB I’ve never heard about.

“Vitrina” was developed in the late 70s and has a fascinating history. In the early 70s, the Soviet Union, just like many other countries, did not really have any specialized counter-terrorist units. In 1950, Soviet army Special Forces were created to reign terror behind enemy lines in case of full-blown nuclear war, but there was no one who could do hostage rescue or work in a typical SWAT (Special Weapons and Tactics) capacity. Consequently, there were no special weapons designed for counter-terrorism units.

But everything changed after the 1972 Munich massacre, where a terrorist group called Black September took hostages during the Olympic games. Failed hostage rescue operation resulted in the death of all the hostages. 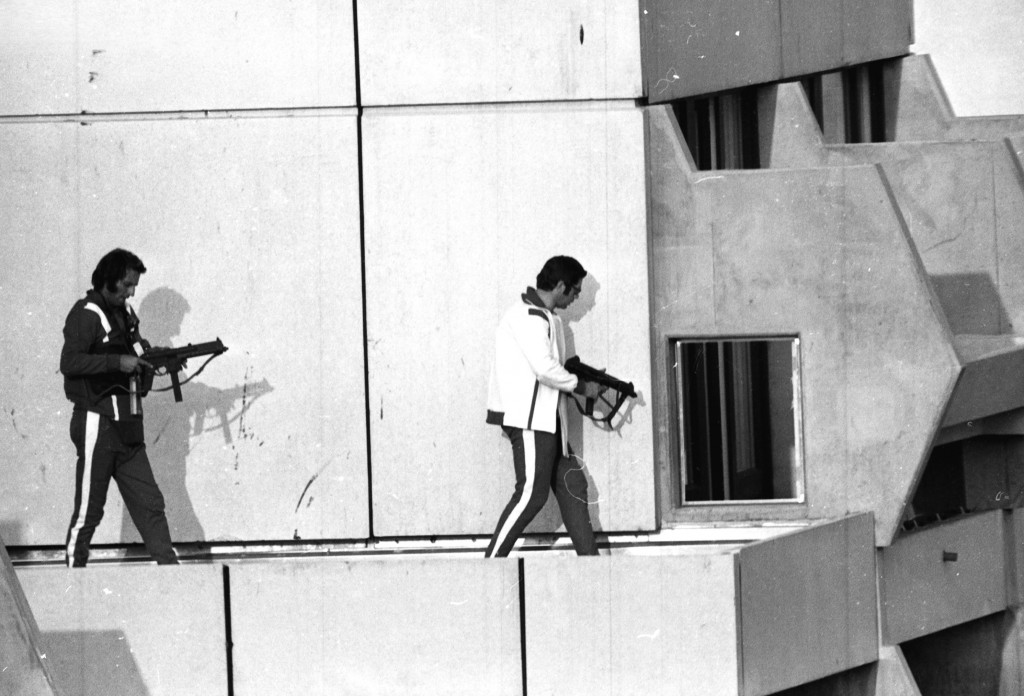 Lack of specialized training and weapons was apparent for anyone who witnessed the tragedy, and after 1972 many countries created hostage rescue units to deal with similar threats. Germany created the GSG 9 unit in 1973, in 1974 France formed GIGN (Groupment d’Intervention de la Gendarmerie Nationale) and the same year “Alfa” unit was founded in the Soviet Union.

Originally, “Alfa” had no specialized equipment, but the unit’s first combat mission in 1979 forced KGB leadership to realize how important is “special weapons” part in the job of any SWAT unit. “Alfa” unit in the late 70s-early 80s. Note lack of any specialized equipment and weapons.

On March 28 of 1979, 23-year-old Yuri Vlasenko stormed into the US consulate in Moscow with a large bomb strapped to his chest and demanded political asylum. Diplomatic personnel left the consulate wing and “Alfa” unit was called in to neutralize the terrorist.

Initially, “Alfa”, for the lack of better options, used training gas grenades to get the terrorist out. But grenades they had, originally designed to imitate the use of chemical weapons during training, were less than effective. After long and exhausting negotiations, terrorist refused to surrender, was shot by the sniper and detonated his improvised explosive device. Fortunately, he was the only victim that day.

Following this incident, in the early 1980 “Alfa” requested development of specialized grenade launcher that could be used in hostage rescue missions. It was no easy task because in those early days KGB leadership ordered to take terrorist alive, ignoring the safety of the officers. The Unit needed a weapon that did not exist before, capable of shooting less-lethal projectiles. And this is how “Vitrina” project came to be. “Alfa” unit came up with the following set of technical requirements for their new grenade launcher:

In just three months, the technical department of KGB developed a new weapon system that consists of:

Also, complete “Vitrina” set included AKS74U, commonly known in the US as “Krinkov” and rubber buttpad that attaches to the folding triangle stock in order to soften the felt recoil. KGB had another reason to be quick with their R&D process. New weapon system had to be ready before the 1980 Olympics in Moscow. KGB expected both terrorist attacks and riots to happen during the Olympics and “Vitrina” would have been a very valuable asset in both situations.

Thankfully, 1980 Olympics went smoothly from a security standpoint, and “Vitrina” remained in the armory of Soviet and then Russian counter-terrorism units –  classified and completely unknown to the public, until my friend Pavel Pticin, founder of ak-info.ru website, bought a deactivated “Vitrina” set for his collection.

Since this weapon was completely unknown, he decided to write and publish a book about it. For many people, that would take years of writing, an endless struggle with publishers, editors, and sales, but Pavel manages to avoid all that and published this remarkable book himself. He also sells it himself, without any publishers or distributors, on his eBay page: The book about “Vitrina”

Pavel has one of the best AK collections in the world and if you want to see more from him and support a fellow Kalashnikov enthusiast – well, you know what to do. The book is in Russian, but photography is outstanding and in my opinion, makes the book well worth the money. The book about “Vitrina”, description of magazines. Pavel, the author of the book, tried to match the quality and detail of pictures in the AK Vickers Guide.