Generations have grown up with Bill Ruger’s iconic .22 calibre pistol. Hundreds of thousands have learnt to shoot and spent countless hours plinking with the Ruger Standard. The Standard was the pistol Ruger was launched on and 70 years later the company have announced a commemorative 70th-anniversary edition of the Standard MkIV. The limited edition MkIV sports a special laser engraving on the receiver and has the serial number prefix ’70TH’. Here’s what Ruger have to say about the new commemorative pistol:

Sturm, Ruger & Company, Inc. (NYSE-RGR) is commemorating the 70th anniversary of the Company with the release of a Limited Edition Mark IV™ Standard pistol. This special model features a unique laser engraving on the receiver and bolt, as well as a “70TH” serial number prefix. This limited edition pistol ships in a custom wood case, reminiscent of the box used to ship the original Standard pistol in 1949, and also includes a 70th anniversary pin and decal.

Ruger began manufacturing the Standard pistol in 1949. The .22 caliber pistol immediately earned a reputation for being affordable, accurate and reliable, and served as the benchmark for all Ruger® firearms to come. The Mark IV Standard model represents the fourth generation of this iconic pistol. The Mark IV boasts several feature improvements over its predecessors and retains the same quality and reliability that customers have come to expect from Ruger. 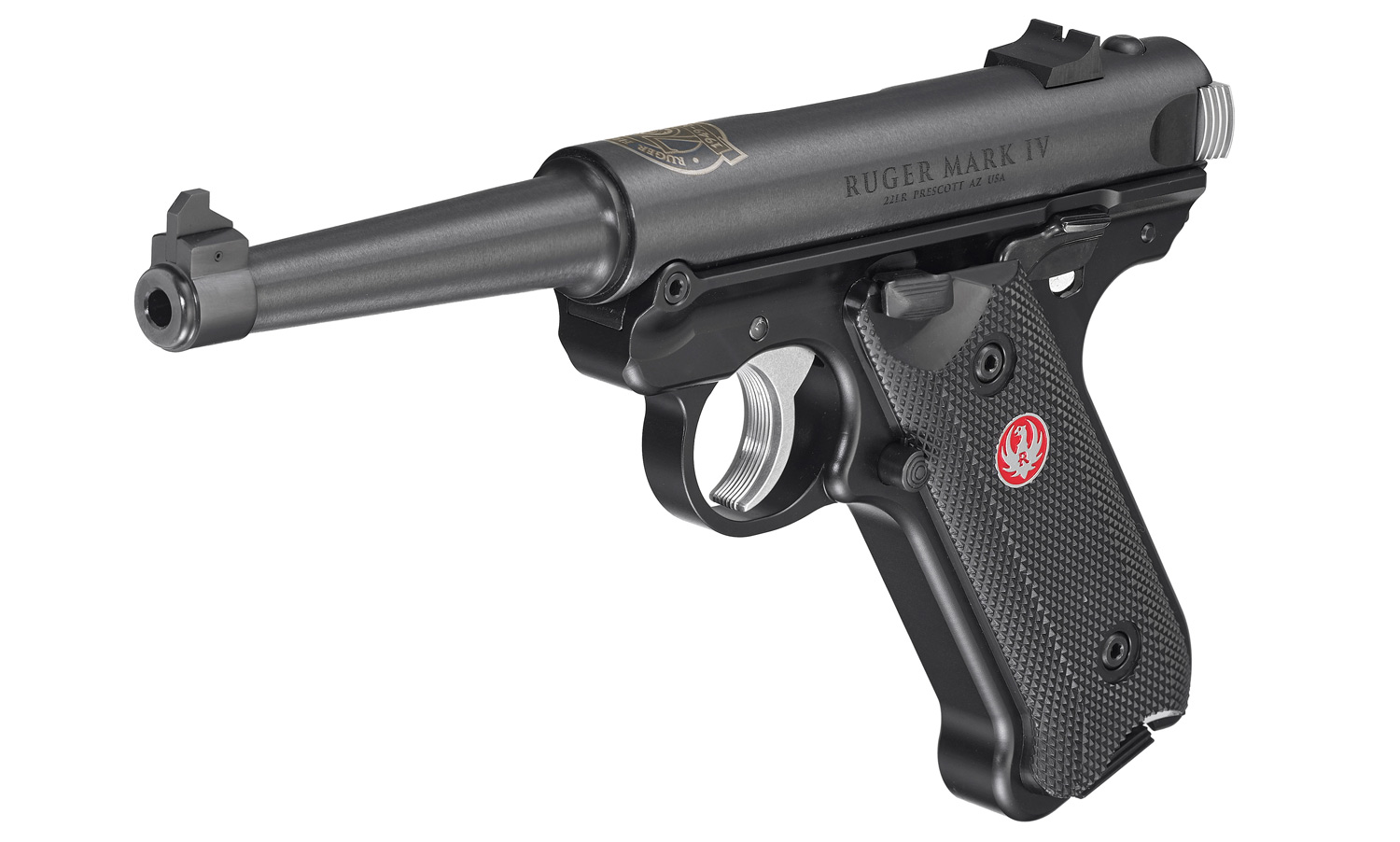 Since 1949, generations of American shooters have learned the fundamentals of marksmanship and safety with affordable, reliable and accurate .22 caliber pistols and rifles from Ruger. Continue the Ruger tradition in your family and help us celebrate 70 years of quality, American craftsmanship.

You can find out more about the commemorative 70th-anniversary MkIV here. Was a Ruger Standard/MkIV your first .22? Do you still have one? Let us know in the comments.