Canik USA have announced the launch of a pair of new 9x19mm TP pistols, the ONE Series. Available through Canik’s importers Century Arms, the ONE Series is described as a “distinctive packaging and are offered at incredible prices.”

DELRAY BEACH, Florida — Canik, manufacturer of handguns and accessories used around the world and imported to the U.S. exclusively by Century Arms, has launched the Canik ONE Series pistol line.

Featuring the impressively reliable and durable Canik handguns users have come to know and love, each ONE Series model includes Warren Tactical sights, 1 magazine, 1 additional backstrap, a hard plastic case, and the same great, limited lifetime warranty that accompanies all Canik handguns. ONE Series handguns stand out in distinctive packaging and are offered at incredible prices.

The two models launching the ONE Series are: 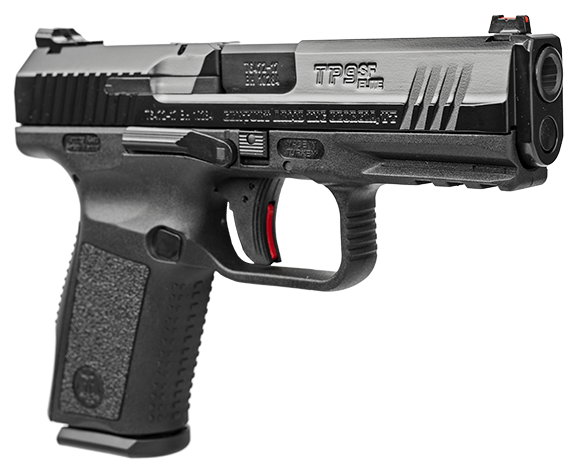 “The ONE Series provides a proven product at a great price. With Canik already being one of the most affordable and reliable handgun lines on the market, this creates an even easier entry point for new shooters, first-time concealed permit holders, and seasoned shooters who haven’t yet had the Canik experience,” said William Sucher, Century Arms’ VP of Business Development.

Canik ONE Series pistols will begin shipping to distributors and dealers across the country at the beginning of May 2019. The ONE Series will be offered for a limited time and with limited quantities, so dealers are encouraged to contact their distributor of choice and get their orders in now.

Are you a fan of the TP9 series? Or have you been thinking of buying one? Does the ONE series tempt you into taking the plunge?