Imagine that we would have a time machine that can only go forward in time. What a great tool it would be to for politicians and legislators! Before you enact the law, you can time travel and see the effect that this particular law had on society. Let’s take for example federal gun control reform that some organizations propose.

Imagine that government,  in order to stop mass shootings and curb “gun violence”, carries out a reform. Handguns, being the most widely used weapons are banned altogether and successfully confiscated. Pistols, revolvers, with high capacity or single-stack magazines – does not matter.

Fully automatic weapons (pre 86 transferable and SOT samples) are banned and confiscated too. The only weapon available for an average civilian is a shotgun. You apply for a license, visit several medical professionals to make sure you’re mentally stable, not a drug addict and in good health, you also must buy a safe to ensure compliance with safe storage laws, get a letter from local law enforcement and there you go – you can buy a shotgun now.

What about rifles, you say? Well, a rifle is such a “dangerous” weapon that it should not be in the hands of an average civilian. Here is the solution that a lot of gun control organisations would approve. To buy a rifle, you must buy a shotgun first. Then there is a 5 YEAR waiting period and there you go – get yourself a rifle! 22, bolt action or maybe even that evil AR-15 or an AK, just keep in mind that your magazine is limited to 10 rounds.

Surely, with a gun reform like that there would be no mass shootings, “gun violence” would be at historical lows and schools will become safe again. Wouldn’t it be lovely? A brave new world, where only police, federal LE agencies, military, and National Guard would have guns.

If only we could time travel and see this bright future, maybe all the “gun nuts” like me would agree that Second Amendment is just a silly anachronism that should be repealed.

Well, I have great news for you. No need to time travel. Just get on the plane and come to Russia where everything I described is actual gun laws. And on October 17, Russia had the worst school shooting in its history. 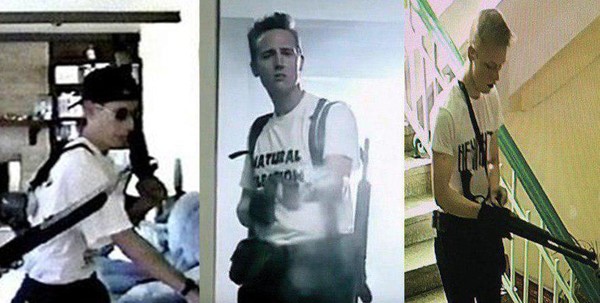 Mass murderer looks exactly like many of his US counterparts.18 years old, loner, raised in a broken family

The mass murderer came into his college equipped with a pump-action shotgun, 150 rounds and an improvised explosive device filled with nails. He killed 20 people and wounded 70 more. And that is not the first or second or third mass shooting Russia had in recent years. Murderers used shotguns, robbed gun stores, stole weapons from their parents, there were even mass stabbings.

What do you think was the initial reaction of the government? “Maybe, gun control does not work?”, “Let’s put armed security into schools!”. No, not at all. The response was very predictable – “Ban guns!” even though there is very little left to ban.

A few days after the tragedy, on October 25, the Russian Police Institute, responsible for research and development of specialised equipment and communications, proposed to outfit all civilian weapons with trackers. So when a gun owner is in close proximity to a school or university, there would be an alarm in the local police station and a SWAT unit would go out to arrest him for coming too close to an educational institution. Just think about it. I can’t even comment on this travesty.

Another initiative, proposed by Rosguard, the Russian LE agency tasked with gun control, is to force gun owners to report if they are taking their guns away from home for more than 3 days. So if you’re going hunting, or shooting a match in another city you must call local authorities and ask permission to take your guns with you. Obviously, that will not prevent any mass shootings, but we all know that “gun control’s not about guns – it’s about control”.

What about “gun violence” in Russia in general? Does the lack of legal guns make you safer? 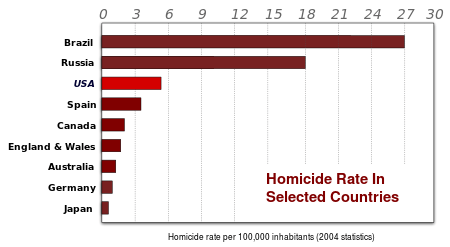 According to statistics, there are 2 times more murders per capita in Russia compared to the US. So no, banning guns does not make your country safer.

Unfortunately, those who want to ban guns do not want to study statistics and realities of other countries. And it does not matter how much of your rights you give up, the government would still have exactly the same knee-jerk reaction to any firearms-related incident – “Ban guns!”.

So my advice for US gun owners would be – keep an eye out for gun control measures. Otherwise you might eventually end up with a similar 5-year waiting period to buy a rifle. Or maybe, after moving to a new place, you will have a duty to visit all your neighbors and tell them: “Hello, I am John, and I am a registered gun owner. Very sorry about that. Please keep your kids away from my house.”

Editor’s Note: While discussing gun control can sometimes lead to partisan politics, Vlad offers a unique take on current events both in the U.S. and worldwide.