The British Army is set to receive up to 44,000 upgraded L85A3/SA80A3s over the next four to five years. Jane’s 360 Infantry Weapons reports that the UK Ministry of Defence are moving forward with a large contract with Heckler & Koch to upgrade a substantial number of L85A2 rifles.

While the deal will not see the whole British Army rifle inventory upgraded it will see a total of nearly 50,000 upgraded – including the 5,000 already delivered. The move comes as part of the British Army’s Equipped to Fight programme and a larger re-evaluation and reorganisation of close combat infantry small arms issued to British troops. 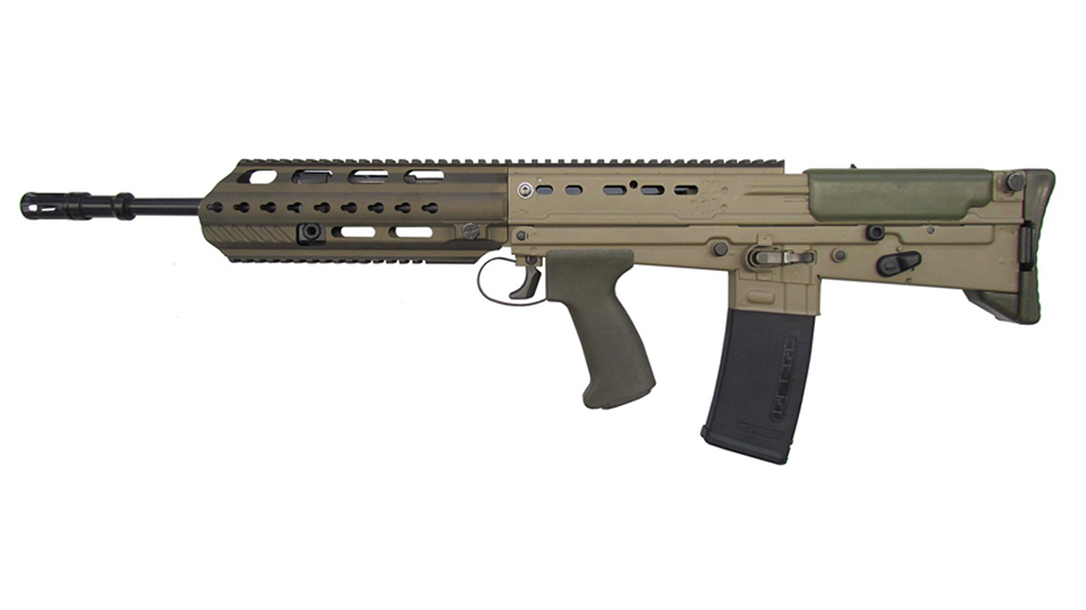 The UK Ministry of Defence (MoD) issued a notice on the 28th October that NSAF Ltd., the UK subsidiary of Heckler & Koch, will be contracted to upgrade 44,000 rifles to A3 standard. The contract is reported to be worth £75 million or $95.6 million. This gives a roughly estimated per rifle cost of £1,700, expensive when compared to the cost of a milspec M4 for example. The A2 upgrade is said to have cost £400 per rifle (a somewhat conservative estimate), while the A3 upgrade does include new upper receivers the cost seems prohibitively high. There has been no comment on the contract from Heckler & Koch as yet, nor an official statement from the MoD.

The A3 upgrade fixes issues with the over-rotation of the selector lever, adds a new upper receiver and refurbishes the lower. The rifle is also cerakoted flat dark earth. A new custom forend from H&K has been added and a full-length top rail improves optic mounting. The rifle’s barrel is also now free floated improving accuracy. I’ve covered the changes to the rifle in more depth here. The news has garnered some tabloid attention with a recent Telegraph article seizing upon a quote from Major Ollie Pope, of the Infantry Trials and Development Unit, who described the A3 as “a more accurate more lethal weapon than almost anyone else out there.” Quite the claim although recent reports do suggest the A3 does have improved accuracy.

Last month it was reported by In Front, the British Army’s new bi-annual newsletter, that a ‘business case’ was being put together “that will allow further procurement of 10K weapons over the next 2-3 years”. It seems that this ‘business case’ has been expanded from 10,000 to 44,000. It has not been confirmed how long the delivery period will be but if the Army maintains 5,000 per year then the upgrade of 44,000 would take nearly 9 years. It seems likely that a larger number, perhaps 10,000 will be upgraded per year, shortening the programme length.