Looking at this progress, one might draw parallels with toys and Barbie dolls in particular. While selling dolls is not a new idea by any means, adding the products such as little dolls houses, ponies, dresses and friends certainly changed the face of the toy industry and improved its capitalization.

While weapons accessories are not useless toys (at least most of them) and usually have a defined purpose, many customers tend to ignore common sense when choosing upgrades for their weapons. Instead, they follow arguments such as “but it looks cool!”, “I heard Navy Seals are using it!”, “I will need this thing when SHTF!” or “I dunno, man, kinda feel it is more comfortable like this”.

There is no way to dissect all the weapon accessories in one article, so instead, I am just going to concentrate on one thing – red dot sights on AKs, since this is the platform I used the most.

As with many other things in today’s society, Kalashnikov owners are hopelessly divided on the issue of accessorizing their AKs. Some follow an advice of one the most prominent modern Soviet weapon experts, IVAN CHESNOKOV  (if you are not familiar with his work, I would highly recommend you to check out the link). Others say that without a red dot, rudimentary Kalashnikov sights are completely useless.

Let’s start with a question, what do you really get when you mount a red dot on an AK?

Most people will answer, “you shoot faster with a red dot” or “you will be more accurate”. It is not entirely true. When it comes to raw speed and accuracy, shooting competitions are the best way to determine what works and what not. If you look at the scores of AK-centered matches, such as “Red Oktober” or IPSC rifle matches in Russia, many of the top shooters in the “overall” category will do extremely well with iron sights, outshooting hundreds of competitors with red dots.

Having a red dot sight definitely helps, but it is evident that with a lot of training and dedication you can shoot just as well without it, at least in IPSC style speed shooting competition.

Why would you need red dots then? The answer becomes clear once you move away from nice, well-lit square range where targets are neatly placed at known distances. I don’t like to call myself an expert, but my limited personal experience tells me that the red dot is an invaluable asset in many situations. 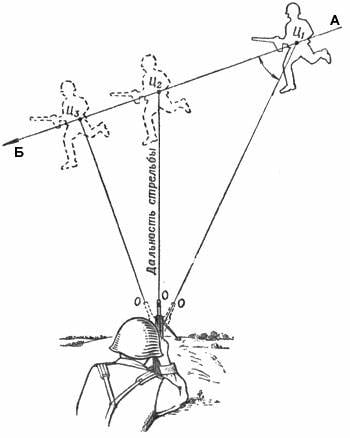 If you were ever an instructor, you know how difficult it is to set up proper practice with moving targets. Most ranges don’t have them, and different DIY setups are not very reliable.

Remote control robots sound like a great idea, but for most people, they are completely unaffordable. I’ve seen people use remote control cars for kids, EOD bomb disposal robots and most popular – a target on a stick that instructor waggles in front of the student.

A few years ago we organised a match for local SWAT units and after a lot of trial and error came up with a setup that worked in a small indoor range. Results were very surprising – no one could hit a real moving target that appeared only for couple of seconds. After some practice situation changed, but everyone realised that practicing with moving targets in essential.

Red dot sights really help when you start shooting moving targets. You can concentrate on a target, get a proper lead, instead of focusing on the sights and losing track of the target speed. Don’t get me wrong, you can hit a moving target with ironsights, it is just much easier with a red dot sight. One of the basic traits of “combat” shooting is frequent use of cover – you don’t want to get shot and constabtly trying to put something between you and the enemy. That forces shooters to use unconventional positions – under and over vehicles, for example.

Many years ago, I attended a very good shooting class in the Philippines. During the second day, we trained in a two-man team and had to shoot under a car. I was realy stoked – at home, we did it quite often and I really wanted to show off.

I got into a cool “urban prone” position, looked througt the sights only to see that I am aiming at rocker panel. At home, we trained with SUV with relatively high ground clearance, but in this case, I had to shoot from under an old sedan. I had to put the rifle on the ground, cranked my head and manages to see the red dot on the edge of the lens. In situations like this, without a red dot, there is simply no way you can take an aimed shot. 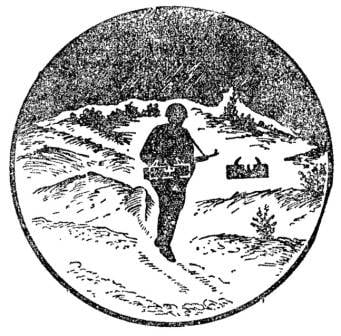 I will never forget my first time shooting an AK. I was at night, deep in a forest in a frozen creek bed, with a group of very sinister individuals.

By that time, I already had about a dozen medals for different marksmanship competitions and shot for several different teams. But suddenly it didn’t matter. I could not see the sights, I just saw the outline of the target, but that was pretty much it. All the years of training suddenly became useless.

There are a lot of DIY makeshift solutions I had to try over the years. White thread stretched from the rear sights to the front sight, Glow In The Dark nail polish applied to the sights, infamous Russian radioactive night inserts…

If you find those things at you local gun show, don’t forget to check them with a radiometer

With the red dot, you have a very distinct advantage in limited light situations, when a potential target is visible and can be positively identified, but you cannot clearly see the sights.

Keep in mind, we are not talking about complete darkness, where night vision and IR laser will be much better than any red dot.

4. Shooting with a gas mask on As evidenced by the picture above, if you’re a gas mask wearing s.t.a.l.k.e.r defending yourself against hordes of disfigured radiocactive monsters in Chernobyl, you don’t necessarily need a red dot. Or safety selector. Or charging handle, for that matter.

Shooting in a gas mask sucks – it is sweaty, lenses are always fogging and to your teammates, you often sound like you have a ballgag in your mouth. But if your job requires you to shoot accurately in a gas mask – red dot will be the best option.

Until you know how to properly use iron sights, you can’t be a competent shooter – that is what I think. But you can’t deny that teaching a first time shooter is so much easier when a gun has a red dot on it. You removing a whole block of problems: sight alignment, sight picture for someone who never touched a firearm before. Just put that little red dot where you want to hit and gently pull the trigger – simple enough, isn’t it?

Red dot is very helpful when you’re training less than talented students from exotic countries or modern teenagers, who are used to red dots in Call of Duty. I shed a tear of joy many times seeing how soldiers who seemed to be completely unable of accurate fire started hitting their targets after you give to them a rifle with a red dot.

Similar principle can be applied at “work” – during my first maritime security gig, we had only one rifle with a red dot. After a short discussion, we gave it to a least trained team member hoping that gear would  substitute training. 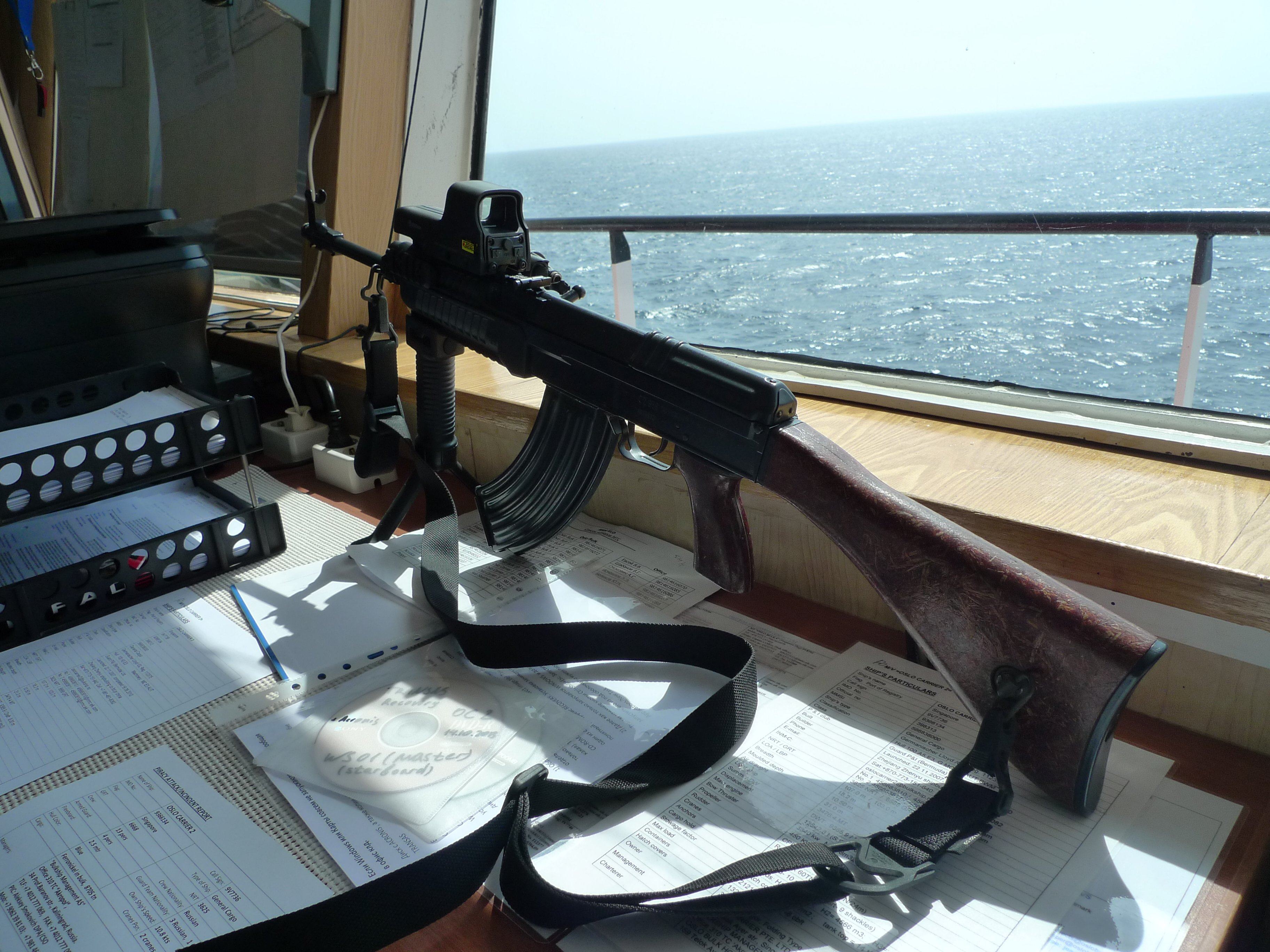 Also, that team member really liked fancy equipment and he brought to the the ship more gear than everyone else combined, so it was a really good fit.

As a consequence of all those experiences, I definitely think that a red dot, if properly used, is a huge asset. But here is the problem – most people putting red dots on AKs do not use them properly in one way or the other.

In the next article: “Red dot sights on AKs – critical view (Part 2)” I will talk about some of the common problems with different brands of red dot optics, mounting solutions, general disadvantages of the red dot and training issues I’ve seen over the years.