Posted December 1, 2016 in News, Other Gear & Gadgets, Rifles by Edward O with 71 Comments You might remember I spent some time with the Type 97 a few years ago. China’s number one bullpup has had a mixed history up here, but we’re about to get a crack at a newer, shinier version of the PLA rifle.

The Gen 2 demonstrated at the North Sylva dealer show features a flattop rail and ambidextrous magazine release. Also included in this new model is a non-reciprocating side-folding charging handle that can be installed on the left or right side. The ejection is still right side only, so I’m not sure why you’d move your charging handle over. This is not a lefty friendly shooter.

This new rifle is to a certain extent duplicating something we already have. Canadian manufacturer T97.ca produced a flat top upper right when the rifle was first released, and you can see it in the handful of dealer-show photos that have been released. The FTU is available as an aftermarket upgrade for people who are prepared to modify factory rifles, or as a standalone rifle after the importer has installed it here in Canada. You can see the FTU has a slightly higher optics mount, and no keymod, but other than that is nearly identical in its format.

The biggest addition to the Gen 2 T97 then is it’s Ambidextrous magazine release. Don’t under-estimate that change though: it means the difference between having to use your firing hand to reload, or using your reaction hand like the more western style manual of arms.

It looks like the Gen 2 is still using the “right-under-your-cheek” 180 degree safety selector. I was really hoping for the pistol grip safety we’re seeing in current production QBZ rifles.

Apparently the key-mod you see on that upper hand-guard may not be fully chamfered, so questionable as to how accessories will fare with recoil movement.

Personally I’m still hoping to see one of these in 7.62×39 running off AK pattern magazines. There are several 5.56 bullpups available in Canada, but nothing in the way of Russian calibers. The T97 is an interesting ~$1000 budget option for a bullpup, and I hope the line continues to expand. 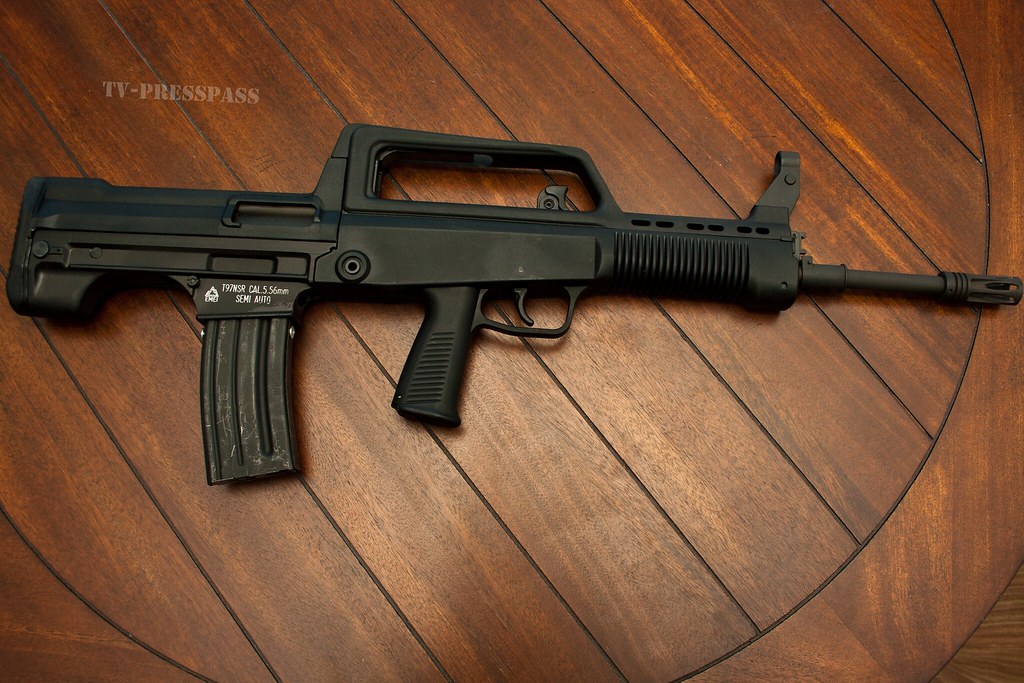