Canadian machine shop RPM Precision Tool has started producing limited numbers of their enhanced Tavor hand-guards. Done in both key-mod and M-LOK, these hand-guards are designed to add a little more rail space to the Tavor without sacrificing the original grip of the rifle.

I’ve been using their production model on a SBR CTAR, and they provided an extended length prototype that’s spent some time on my ever-changing long rifle. 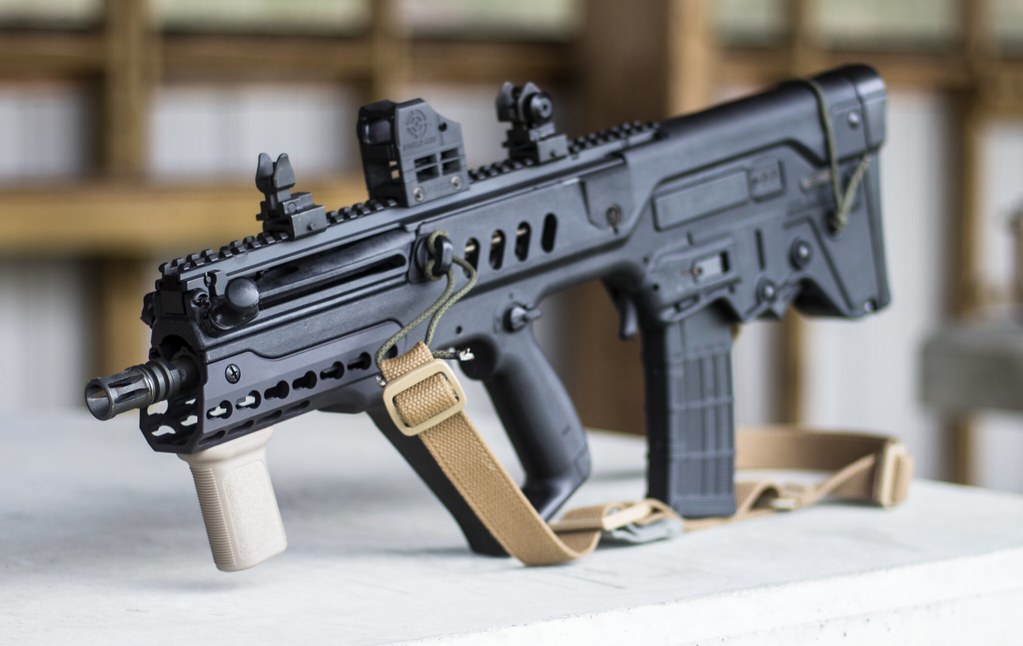 I’ve tried several of the available aftermarket handguards for the Tavor, and while they’ve each got their advantages, none of them have really stuck for me. The RPM setup does not offer the internal flashlight, but it does offer full use of its keymod slots.

On most aftermarket handguards the slots directly against the polymer reciever cannot be used, Gearhead Works, Manticore Arms, and Midwest Industries all lose access to those closest slots. But the thickness and machining of the RPM setup means that all the slots are functional. RPM has also beveled the rear of the handguard in order to bring the mounting surface that much tighter to the barrel. I’ve always felt that the factory handguard on the Tavor is a pretty good design when it comes to integrating handstops and grip posture. But after spending some time this summer with Brits and their L85A2s I’m starting to come around to the idea of improved rail-estate for bullpups. (That rail-estate buzzword is mine, no one else use it! Patent pending! Patent pending!)

A production version of the RPM extended handguard that wraps over the barrel is now being listed for pre-order. The one below has a 2 o’clock rail and some minor texturing at the 3 o’clock position, but versions exist with an additional row of mounting space instead of that “fluted” section.

I know how TFB readers hate articles without manufacturer links, but unfortunately RPM doesn’t have much of a web presence yet. They’re selling these handguards over the counter at a few Canadian gun shops, and looking at the possibility of export to the USA soon. Price on these varies between $200CAD and $300CAD.