So you want to buy an AK, but don’t know where to start, eh? Well, don’t worry about it because as the kids say these days “there’s an app for that”.

The famous Soviet Kalashnikov rifle has become something of a redheaded stepchild on the American commercial market, receiving neither the attention nor the market support of the ubiquitous aerospace-engineered AR-15 rifle. However, as time goes on this has become less and less true, beginning perhaps with the use of less expensive and locally-sourced AK rifles by US private military contractors in Iraq and Afghanistan. These users of the venerable Kalashnikovs wanted to update and improve the rifle, and this helped catalyze the nascent AK market with such products as the Ultimak sight mount and the ACE folding stock. This support in turn fostered increased interest in “the enemy’s rifle” at home on the US civilian market.

Although the AK market is not as broad as that for the AR-15, it’s no less dizzying. Because the Kalashnikov is an older design built by distributed factories with no real unifying standards other than the magazines and ammunition, stepping into the world of the modern fighting AK is a daunting prospect, despite the fact that some questions like “what’s the best sight mount for my purpose?” may have straightforward answers. For the first-time AK buyer, Rob Kay has created a comprehensive buyer’s guide covering all aspects of AK buying and modification. The layout of How to Buy an AK-47 is best suited to helping the buyer tackle a specific problem (e.g., “what optic should I use with my AK at a given price point?”), as the book is laid out in distinct sections that cover their subjects comprehensively. In keeping with the theme I have already established, when the reader turns to the chapter on AK optics and mounts, they are treated to discourses on every facet of the subject, covering every major AK sight mount on the market, paired a thorough optics treatise by the inimitable Timothy Yan, and thoughts by the author on achieving the elusive perfect AK cheek weld. In fact, the coverage of information within each section of the book is so thorough that reading the book cover to cover is highly redundant; the book has been written so that the reader can zoom in on exactly the information they need and receive everything the book has to say about the subject, even if that information is repeated elsewhere in the book.

A section of How to Buy an AK-47 gives readers something that I don’t usually see included in other books of its type: A collection of interviews of experts on the AK platform. I appreciated that Kay chose not to make these interviews personality affairs, but straight-to-the-chase advice from experts like Jim Fuller and Marc Krebs for the reader on the subject of buying and modifying the Kalashnikov rifle.

Rob graciously shared an excerpt of the book for TFB’s readers, reproduced below: 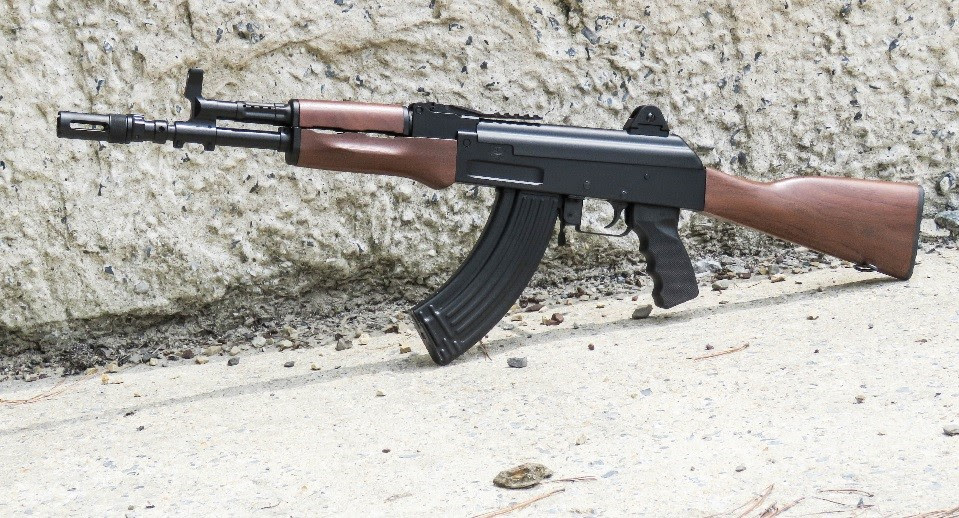 This Krebs AC-15 7.62×39 which features a shortened barrel with pinned muzzle brake, helps keep the weight down. (Courtesy Atlantic Firearms).

Editor’s note: This is an excerpt from How to Buy an AK-47–How to purchase, maintain and customize an AK rifle, published recently on Amazon.

When it comes to adding handguards and other accessories, less can be more. Like many first-time AK buyers, when I got my rifle I started adding third-party parts and went overboard on the “tacticool.” This included items such as a full-length handguard, optics, fore grips, scope mounts and the like. Before I knew it, I was drowning in paraphernalia. 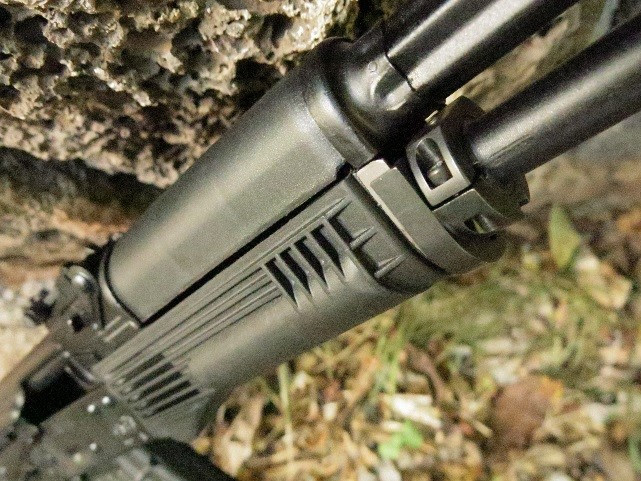 This handguard system from Arsenal is super light. The lower section is only (4.1 oz.) and has a stainless steel heat shield.

The lesson was that adding some of these components may make sense in some circumstances, such as home defense, but you need to be wary of “mission creep”. Loading up your rifle with gewgaws has its practical limits. For example if you’re going to be proficient at shooting offhand, shouldering a 10-pound rifle gets old very quickly.

(My epiphany is hardly original. One of Larry Vickers’ maxims is “seriously resist the urge to over-accessorize the gun”.)

Given my own experience, I’ve become a proponent of minimalism.

Custom builders such as Rifle Dynamics, Krebs Custom, Definitive Arms and others strive to keep the weight down by using a combination of polymer furniture (often from Arsenal) and in some instances, even chopping the barrel two inches.

The Bolton Block, designed by Venom Tactical, combines a gas block with a front sight. Additional weight savings on this rifle come from a shortened barrel and an UltiMAK M1-B optics mount. (Courtesy Rifle Dynamics)

This cleverly designed product is the latest incarnation of a technology used by the Israeli Galil, the Finnish Valmet RK62 and other rifles, combines both the front sight and gas block into a single weight-saving assembly.

By placing the front sight atop the gas block, the barrel length can be shortened. With the proprietary gas block and a shortened barrel, he can take off as much as a pound from the front end. It doesn’t sound like a lot but in practice it’s very significant. 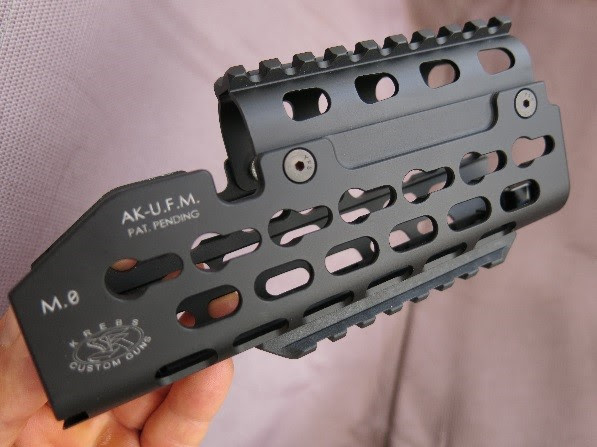 The AK-UFM KeyMod lower handguard from Krebs Custom is only 6.6 oz., including the add-on Picatinny rail. (Robert Kay)

If you’re going to use an optic on your minimalist rifle, there are other ways to keep the weight down. The $98 UltiMAK M1-B optic mount integrates both the handguard and the gas tube in its design which ends up adding less than an ounce to the rifle.

You can get also a wide variety of lightweight polymer handguard sets from K-Var.

KeyMod handguards, such as the AK-UFM model for AKM rifles manufactured by Krebs Custom, are made from aircraft aluminum and they are really light. At 6.6 ounces (including the Picatinny rail) it definitely falls into the “minimalist” camp.

Another weight saving measure is to change out your buttstock if you’re using a collapsible, AR 15-style system. There are a number of lightweight units available including the Rogers Super-Stoc, the Mission First Tactical “Minimalist” model and the CTR from Magpul.

The lesson is to think twice before you buying add-ons, such as a full-blown tactical handguard/rail system. If you can eschew adding stuff that you don’t really need, or replace your existing gear with something lighter, by all means do so.

With AKs less is always more.

How to Buy an AK-47 is available in Kindle format from Amazon.com for $9.99 (which is about the price of a surplus Communist rifle sling), and takes full advantage of the ebook format, with embedded hyperlinks throughout the text to online resources, manufacturers’ pages, and sales outlets. For those new to the wide world of AKs, these can save quite a lot of time, cumulatively speaking.

If that sounds like you, then I would definitely give How to Buy an AK-47 a shot.