Two years ago, I came across Season Shot, a fictitious shotgun ammo where you can shoot your game with seasoning, harvest it, and then go straight to the grill. The website was copyrighted 2006 and it appeared there was no real development occurring. And now two years later, the website looks exactly the same so I think someone was dreaming of a fun idea but didn’t go anywhere with it.

Getting some inspiration from the Season Shot, one of my wacky ideas has been to create a shotgun shell line where you can shoot rock salt and other seasoning into a harvested meat of your choice. I didn’t quite believe that shooting a bird out of the air, for example, with Season Shot would have seasoned a bird very well. Investigating further, I’ve only been able to find a few articles about rock salt rounds for self-defense, but nothing as it applies to food. Sure, there’s the Bug-A-Salt gun, but I want the novelty of using a real 12 gauge shotgun and ammo.

I contacted some friends to participate in this crazy experiment and I found some willing accomplices. Here, I’ll be sharing the results of our tests. The main goal was to provide a simple proof of concept. Could we load up a shell with rock salt and seasoning, shoot it at steaks and get some of the seasoning to pattern and stick to the meat? Would the shot tenderize the meat? Would the wad and/or muzzle blast completely destroy the meat? Would embedded seasoning enhance the flavor? These questions and more answered below.

So to start with the load data: I bought some cheap steaks (who could stand to shoot anything nice not knowing what would happen?) and met my friends at the range. We rigged up a simple plywood backstop, stapled a cardboard target up and used a clip to hold each steak. It kind of looks like a tongue sticking out.

For our first test, we wanted to pattern the salt round to see what would happen. My friend Vince who made the shells wasn’t even sure if the rounds would fire. We lined up about eight yards back with my friend Greg’s Mossberg 500 Persuader shotgun. 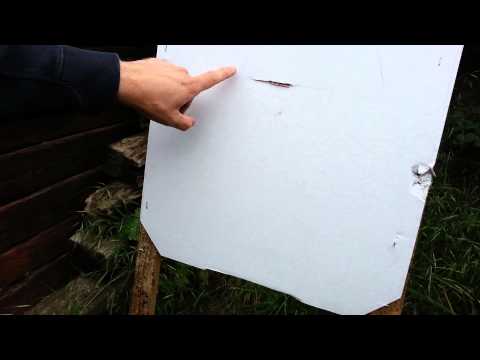 So after we learned the rounds at least went off, we loaded up a steak and rock salt round. We were lucky and the wad missed the steak. I didn’t see any salt on the meat and so it was a failure. Since we had no impact, we decided to move up six feet. 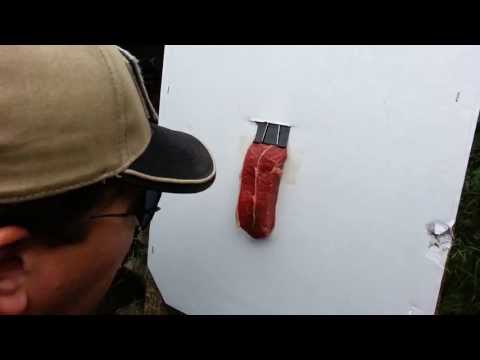 We fired a second salt round. As we were inspecting it more closely, we could see some granules on the steak and on the metal clip. I even sniffed it to see if I could detect any salt smell. We then realized that the garlic rounds would be a good test where if we could smell the garlic then we could at least get more another data point. 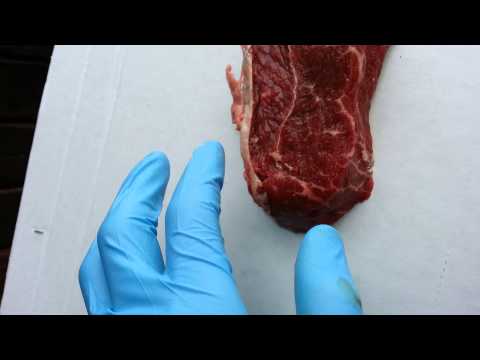 Since we set up some cardboard below to catch any steaks that got blown off, we also saw some seasoning on the cardboard. That was another good sign that the payload was at least reaching the target. The spread may have been too big and missing most of the meat. Or perhaps the seasoning wasn’t hitting the meat with enough force to stick.

We loaded up a garlic salt round and that blast took out a chunk of the steak. We could see a chunk of meat get blown off from where we were about 7 yards back. As I approached the steak for inspection, I started coughing as I got a whiff of airborne garlic, so that was a good sign. Taking a closer look, I could see some garlic salt granules embedded in the steak. Awesome! The main goal of the test was to see if we could get the seasoning to stick on the meat, so the proof of concept had been validated. 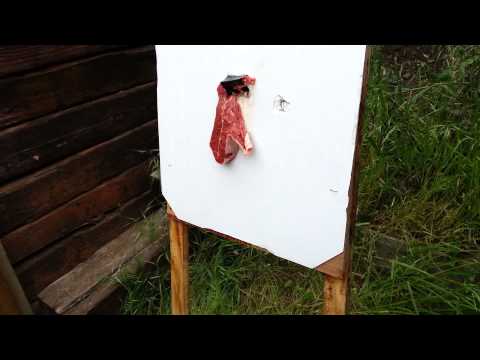 Vince had concocted some additional seasoning loads, such as “Rob’s Smokin’ Rub” which was composed of brown sugar and other stuff. We found when shooting one of them though that Vince had possibly packed the rub too tight and basically turned it into a slug. We think the top hole was the seasoning payload, and then the upper right hand corner dent was the wad. 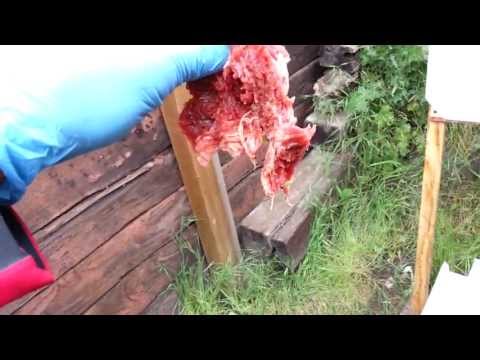 We tested out different distances with each of the different seasonings, and we had varying results. The biggest problem was the wad kept destroying the meat. We also never got a consistent seasoning pattern, but at least some seasoning was getting on target.

Of course, we had to have a control: 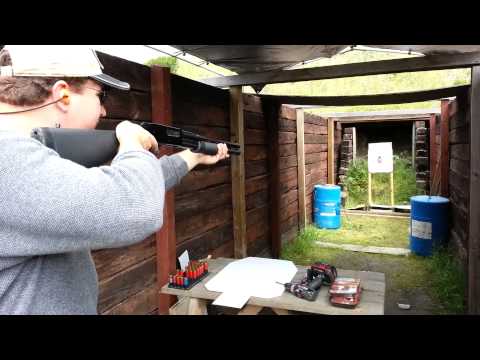 We concluded the day by grilling up some of the samples we shot, and as a control group we cooked the rest of the steak using good ol’ kosher salt and cracked pepper. Control steaks on the left, shotgun steaks in the middle, and veggies flank each side. A closer view of the mangled shotgun steaks getting grilled up.

I wondered if the shotgun steak would be more tender than the control group. The subjective answer was “no.” Not only was the shotgun steak bland, it wasn’t any more or less tender. So much for that hypothesis, at least for this round of testing.

As we ate lunch we discussed what we could improve the next time around. The lack of a solid seasoning pattern, and the wad destruction where the two main problems we zeroed in on. To solve for the wad problem, we chatted about scoring the wad so that it would disintegrate upon exiting the barrel. Not a bad idea. But a better idea came when we thought of putting up some wire mesh on a stand in front of the meat so it would catch the wad but allow the seasoning to pass through.

As for the patterning, we plan on trying this again but reducing the powder.

We will also need to play around with the distance to target. All in all, a successful proof of concept and I look forward to providing another update in the near future. A huge thanks to my friends Vince and Greg for providing the shells and shotgun. If you have any other ideas around how we can make this experiment successful, please share them in the comments!

If you’re interested in the full footage, along with close-up slow motion footage, here’s the extended clip: 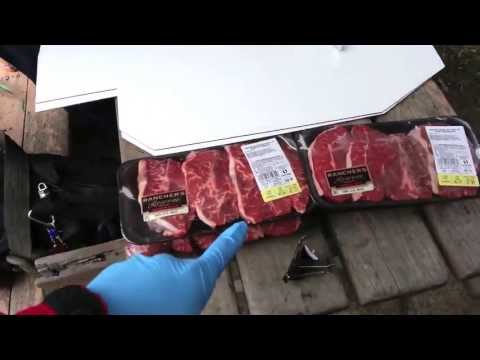