Chiappa just published a video of their upcoming Triple Threat, a tripled barrelled shotgun which will go on sale next year. The rate of fire is impressive. 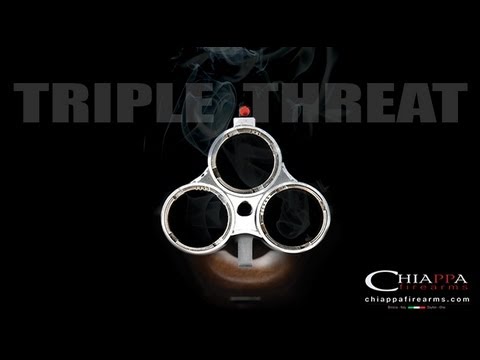 Triple barrel shotguns are not new. They have been around for about as long as shotguns themselves have but the concept never went mainstream. One of the reason double barrel shotguns (and rifles) are expensive is because of the work involved in ensuring each barrel is lined up correctly. There is even more work when three barrels need to be lined up.

According to Caleb Giddings, the Triple Threat will retail for a crazy $1,500! While the price is not outrageous for this kind of gun (I would guess it was a lot cheaper than any production triple barrel shotgun produced in the past), any benefits of three barrels for home defense is far outweighed by the cost when compared to a $500 pump action or double barrel shotgun.

[ Many thanks to Jacob for the tip. ]