TrackingPoint is a manufacturer of “Intelligent Digital Tracking Scopes” and “Precision Guided Firearms” for hunting and tactical shooting. Their impressive technology allows a shooter to designate a target using the digital scope and the rifle will automatically fire only when the rifle is correctly lined up to the target. The demonstration of thier prototype looks more like a sci-fi movie than real life! 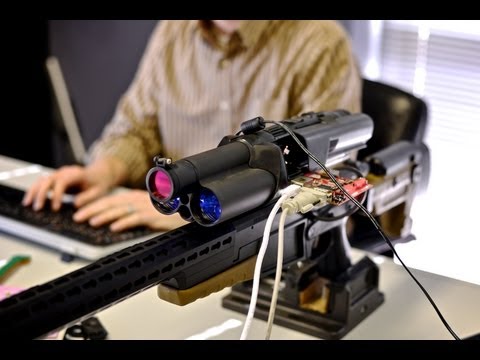 [ Many thanks to Branko for the tip. ]