Along with their new assault rifles Taurus has begun production of their two new submachine guns the SMT9 and SMT40 chambered in 9x19mm and .40 S&W respectively. Ronaldo Olive with a Taurus SMT9

Externally the guns are very similar to the ART556 rifle, but internally they are blowback not gas operated. They are a much more compact version of the Taurus CT carbines unveiled at SHOT Show 2011 but which did not end up being sold. 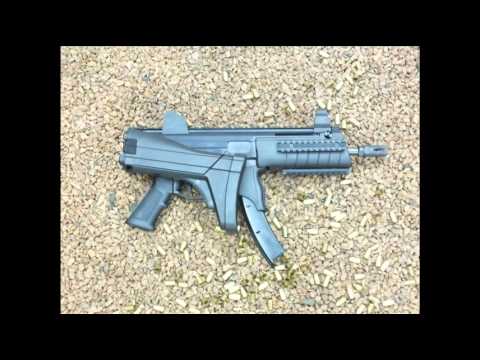 [ Many thanks to Ronaldo for the photos and info. ]