Employees from the muzzleloading maker Knight Rifles tried shooting the enormous .950 JDJ loaded with 2,400 grain bullets! Firing that thing looks like as much fun as being hit in the shoulder with a baseball bat 🙂 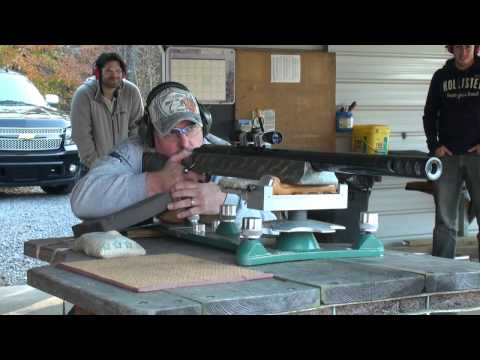 Note in the video that one of the shooters is told to be very careful when inserting the bolt/cartridge and cocking the action. If anything went wrong, the heavy recoiling cannon could easily crack a skull or break a few ribs!