NOTE: This product review was made possible by GunsForSale.com.  To get up-to-date information on where to find cheap CMMG carbines for sale, please visit GunsForSale.com.

CMMG has been in business since 2002. Jeff and John Overstreet own the company. Prior to 2002 they had regular jobs and traveled the gun show circuit selling gun related products as well as guns from FN and DPMS. They were doing so well with their part time gun show job they eclipsed their income from the day to day jobs they held.

After encouragement from family they opened CMMG. In the beginning they sold the same products they had at gun shows. Eventually they started up their own brand of rifles and accessories. When the time was right they hired engineers who helped design the brothers CMMG branded AR-15’s and accessories.

Going forward to this year CMMG has a rather large facility in the countryside outside of Fayette, Mo. They currently have thirty employees directly involved in assembly, special order rifles and shipping. They also have a separate area with two commercial Dillon reloading machines where they load all the commercial ammunition they sell. Of course many more employees are involved in manufacturing the AR15’s and accessories.

One thing most people don’t know is that CMMG makes all the components of the AR15 rifles they sell. The only exceptions are custom order rifles. If a customer orders a rifle with non-stock items these are purchased to complete the customers’ special order AR15.

CMMG also offers NFA compliant rifles. They are very good at helping the customer file the appropriate paperwork required by the government for SBR’s as well as suppressed AR’s. If you want it they help the customer pick components and ensure your legal with whichever configuration you choose.

Retail customers aren’t the only people CMMG works with. They have a pending military contract with the details being kept quiet until the press release.

There is also a retail facility in Columbia, Missouri that is independently owned. They carry only CMMG AR’s as well all of CMMG’s accessories for the AR. This business is called Black Rifle LLC, which is AR 15 heaven!

I’ve made several trips to the Fayette facility and it’s always been a pleasure to visit. The place is an absolute beehive of activity. I particularly enjoy watching the guys assemble new rifles especially custom orders. Everyone is always very friendly and put up with all my questions :):) A couple of CMMG’s toys

One very popular accessory most people are familiar with is the .22 caliber conversion kit. Lately the .22 side of the business has been super busy.

The newest .22 conversions kit, the “India” model, is shown in the video below. Much improved over the original model.

The India kit addresses some earlier issues with the standard kit. They use a locking bolt to stabilize the chamber sleeve. The charging handle is also a solid piece with a narrow trough inside. Shells were getting stuck in the deep hollow of the charging handle causing a jam. This new version has a manual of arms like any AR with lockup after the last round fired etc. If you prefer a complete .22 upper the Sierra is an excellent choice. It’s chambered in .22 LR with a 16” barrel in the WASP finish. If you’re not familiar with the WASP finish here is an information sheet from CMMG’s website. CMMGs WASP finish is a salt bath ferritic nitrocarburizing surface conversion process or more commonly referred to as nitriding. The nitriding conversion is applied to the barrel inside and out, along with the front sight base on our M4LE rifles and uppers. Nitriding offers improved wear, abrasion, and corrosion resistance when compared to hard chrome lining or phosphating. The benefits are not limited to only these attributes, nitriding also offers a lower coefficient of friction. Unlike chrome lining where the chrome is built up on the surface, nitriding converts the surface with out the risk of dimensional build up causing fitment and function issues. Nitriding is not an untested or unproven process; CMMG has been utilizing this process for over 2 years with our LE series of rifles. Similar processes have been used by European pistol manufactures to treat their barrels and slides for decades.

My Experience With CMMG AR’s

The second was a special order gun the customer never picked up. This one had a VLTOR Clubfoot buttstock, 14.5 inch barrel, Troy BUIS sights front and rear, two stage trigger, Tango Down grip and finally a Yankee Hill rail system. I only paid $899 as described from Black Rifle LLC. My third CMMG. A few extras attached for testing.

The extras I mentioned in the above pictures are from the Prezine Company LLC. This company manufactures gun accessories for various companies such as Safariland, Bill Rogers, Buffer Technologies etc. In the picture below is a magwell/grip made for the STRAC company. The dual magazines are Magpul P-Mags mounted in an offset mag holder. These are permanently attached to the mag holder. It’s sold as an assembled unit. I may or may not continue to use the STRAC Grip. If I do continue using it I’ll use some skateboard tape to enhance the grip. These are new products which I’ll post prices on when available.

Now back to the rifles! I’ve owned probably fourteen assorted brands and configurations of AR’s from Colt, DPMS and Rock River to name a few. These CMMG’s are the equal of any I’ve owned in accuracy, quality of the parts and attention to the build. The cost for most standard model CMMG’s range from $800-$1100.

When I purchased the third CMMG rifle it came with a standard buttstock, rear BUIS, CMMG rail and Magpul MOE grip. Before I left Black Rifle I added the Vortex flash/sound suppressor and EoTech 516 Holosight. Black rifle always throws in a few goodies when you buy a rifle so two P-Mags with viewing window were added to the package.

Black Rifle also has a lot of respect for those who serve. Military members and Police Officers receive a 10% discount on all rifles. Cost not including the EoTech was right at $900. Now I know there are many brands out there that have some very nice features as sold. The problem for the average shooter is they can be very high priced. A for instance would be the new VLTOR TS3 which sells for right at $2500. That’s a lot of money for just about anyone but for many of us it’s too much. I include myself in that group.

This is where medium priced brands like CMMG come into the picture. They aren’t super fancy rifles but they are very well made. The owner can also add whatever accessories they want to make a fine AR they should be proud to own.

There are several standard features that set the CMMG apart from other AR’s in this price range. They have M4 feed ramps standard. Also included in almost all CMMG’s is a two stage trigger which is very smooth and crisp. Most also have CMMG made rail systems.

Since purchasing my rifle I’ve added an MGI-Military buffer. I’ve tried pneumatic, and hydraulic buffers but just wasn’t satisfied with them. I noticed very little difference in recoil; not that an AR has all that much recoil. I shot a short video firing the rifle with the standard buffer and another video clip with the MGI buffer. Compared with the standard buffer then the MGI buffer the barrel barely moved. I could also feel the difference. If you go to the MGI website they have a short narrative explaining how this buffer works and the difference between this buffer and others.

The next item was the Laser Lyte K-15 green laser. To help readers see how the bright the Hoyt flashlight and laser are I made a short video posted below. This is not a tactical movement video. Rather a demonstration. 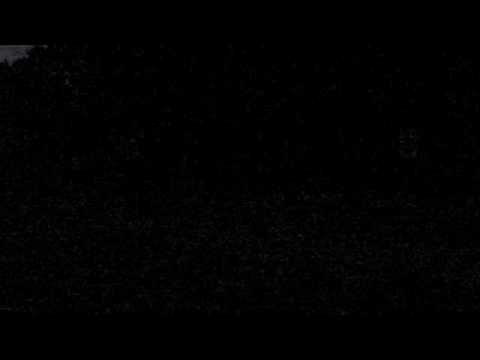 The last item was the Grip Pod. This thing is ugly no doubt about it but it sure does work well. It operates as a standard grip until you press a button on the front top, which ejects the twin legs providing a bi-pod. To retract it just grasp both legs and push up, which locks it, back into the body of the grip. There are two models. One is a law enforcement the other is military. The difference between the two is the LEO is all polymer while the military version has steel reinforced legs. The Grip Pod is now standard issue for the Army and Marine Corp.

This sums up the additions to my rifle. Many of you will set your AR up differently than mine of course. This is what makes the AR such a great rifle. There are no shortages of configurations allowing the shooter to adapt it to the owners preferences and or needs.

I’ll keep this short. I have never had a malfunction of any type no mater which ammunition or magazine has been used. I currently have over 2000 rounds through this newer rifle. Accuracy is 1 MOA from a rest using a 1×4 power tactical scope. Some groups are sub MOA. This rifle as well as the other two is certainly more accurate than the shooter. Really this is on a par with most quality AR’s regardless of brand.

I’ve been very satisfied with these rifles and wouldn’t have a problem recommending them to anyone in the market for an AR. The prices are very reasonable making this brand even more attractive.

I also plan on adding a 6.8 SPC for hunting. This is a very effective round with considerably more punch than the 5.56. CMMG also manufactures this upper.

Even though the AR has been in service for almost 50 years it will be around for many years to come.