As a CZ-75 fan, it was great to visit the CZ factory in the Czech Republic. One of the highlights of the trip was examining the first prototype of the CZ-75 as well as the first serialized production model and the one millionth pistol made.

Alice Poluchova, president of CZ-USA, gave us an overview of what makes the CZ-75 such a popular firearm and discussed some of the newer models based on the 75 design. Thirty-six years after it was first introduced, it’s still being copied widely, not to mention produced in great numbers by CZ. 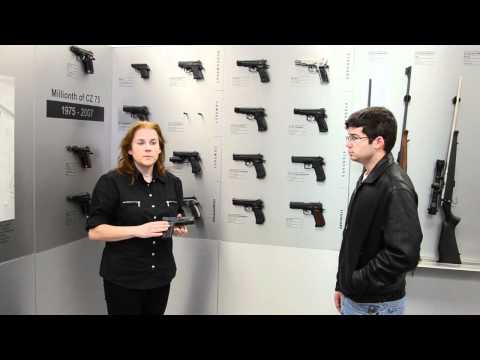 Also, I had a chance to examine some beautiful engraved CZs in 9mm and .45. Words can’t describe their beauty – watch the video!

Here are photos of some of the handguns discussed in the videos: