SIG Sauer will soon be shipping the SIG 551-A1. This rifle is essentially a SIG556 upper receiver, with Swiss-style furniture, combined with an aluminum SIG 551-style lower receiver. The biggest difference between the SIG 551A1 and the SIG 556 is that the former uses Swiss transparent polymer magazines instead of AR-15 magazines. TACTICAL PRECISION, For 2011, SIG SAUER® is offering several variants to its tactical platforms. NEW to this lineup is our new SIG551-A1, chambered for the widely used 5.56 x 45mm NATO caliber using Swiss Polymer magazines. The SIG551-A1 features a distinctive swiss folding stock, and an M1913 rail for accessory attachment. The 16” barrel features four-groove rifling and a twist rate of 1:7”. The SIG551-A1 measures 36.1” but can fold to 26”, making it ideal for situations where maximum maneuverability is required. For Special Forces requiring an accurate, more potent rifle, chambered in 5.56 x 45mm NATO, the SIG551-A1 sets a new standard for dependable operation and function.

This rifle will mainly appeal to law enforcement or consumers, who would rather use the Swiss transparent polymer magazines instead of standard AR-15 magazines, and collectors. 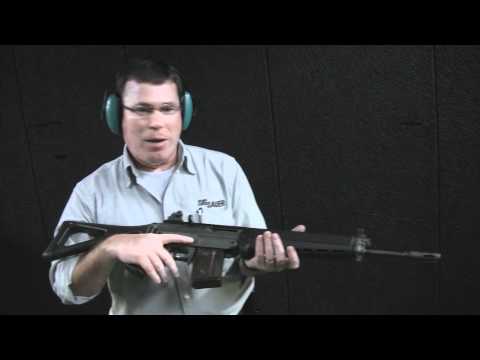