It is in the same class as the Gepard GM6 Lynx .50 Caliber Rifle, hard hitting, fast rate of fire and light enough to be used off hand as a primary weapon. Unlike the GM6 Lynx (and Barret M82) the Leader 50 is gas operated rather than recoil operated. Having a fixed barrel should, in theory, help accuracy at the expensive of recoil. Oleg Volk says that the recoil is similar to a .30-06 M1 Garand.

Shooting Illustrated shot this video of the Leader 50 at SHOT …. 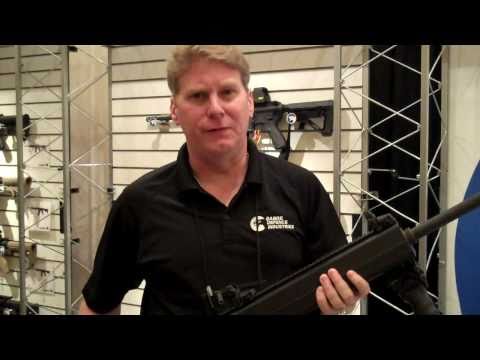