For a “gun guy,” few things are cooler than being able to visit the factory where some of your very own firearms were made. While in Europe, I had the opportunity to visit a number of different factories, including Sig Sauer’s plant in Eckernförde, Germany. The trip took many hours, and easily could have taken many more, for there was much to see and do. I learned a great deal about Sig and its employees, and even met the man who did all the hand-fitting on my Sig X-Five Tactical.

One of my goals on this trip was to gather useful or interesting facts and information about how the manufacturers we visited made their products. To this end, while at Sig, I attempted to take photographs or video of the P226 being manufactured from start to finish. This didn’t turn out to be entirely possible to do, because not every single part was being manufactured when we visited. If you have a sharp eye, you might notice P220, P229 or SigPro components being manufactured instead of P226 components.

However, I think you’ll still like – and learn from – this video. It’s about as short as I could make it while still describing the major processes. Enjoy! 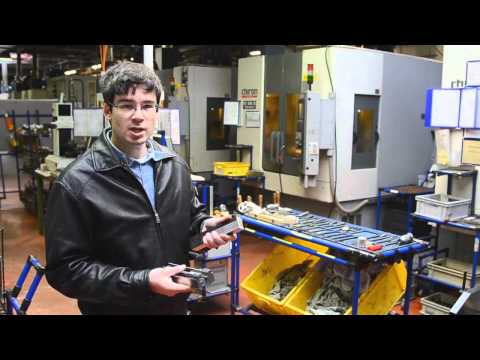 Addendum: After the video was published, Sig Sauer informed us that the German-manufactured SIG 516 rifles are in fact made in Eckernförde.