Benelli’s MR1 is a development of their ARGO rifle (sold in the United States as the R1), which is itself related to the excellent Benelli M4 shotgun, in use by the US Marine Corps as the M1014.

While the M4 makes good use of the ARGO gas system and offers a true  – if expensive – improvement over combat shotguns of the past, the MR1 is, in my opinion, a significant step back from current and former automatic and semiautomatic rifles. Most of these issues relate to the ergonomics of turning a tube-fed semi-auto shotgun into a magazine-fed semi-auto rifle. I explain more in the video. 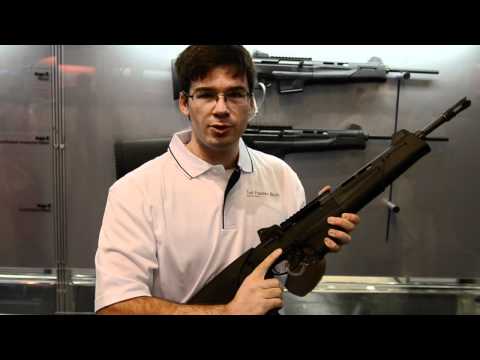 Given the price of the MR1 and its ergonomic shortcomings, I think that the Kalashnikov platform would be a much better choice, and the Czech Vz-58 better still. They offer some of the same features such as a gas piston operating system and a chrome lined, hammer forged barrel, but at a much lower price point and with comparable, if not improved, control locations. From a US perspective, they’re much more available with features that Benelli isn’t willing to import, and are supported by a strong aftermarket presence.