It was bound to happen eventually. Federal have introduced pink ammunition … Shooters can now blast clay pigeons for a cause. Federal® Ammunition’s special edition Top Gun® Target loads support finding a cure for breast cancer. These distinctive pink hulls are an effective hunting and shooting practice option or a solid load for shooting competitions. A portion of the sales of this product will go directly to the search for a cure. The new 12-gauge 2-3/4-inch #8 shotshells deliver consistent performance for all types of clay target shooting.

Lots and lots of pink ammunition on the production line. 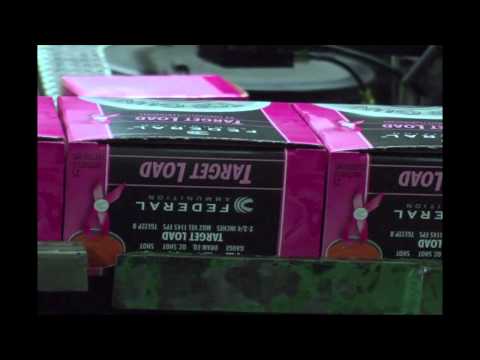