They definitely have too much fun down in Florida. Tobias Obermeit, the Kel-Tec design engineer behind the Kel-Tec PMR-30 pistol, emailed me some videos of last weeks monthly submachine gun shoot at Port Malabar. The theme was Miami Vice and Toby completed three of the five stages with a keyring camera mounted on his shooting glasses. They are similar to other practical shooting competitions Like 3-gun competitions, except we primarily use pistol caliber machine guns, and get bonus points for clearing a group of plates in on trigger pull burst. semi-autos are also allowed, in a different class, and we often require pistol, or shotgun in some of the stages. This last one (On Sunday Feb. 5th) was themed after the Miami vice show from the 80′s.

I just finished my first person shooter video camera mount (Picture attached) and used it during 3 of the 5 stages of the match. I think you posted videos of this same keychain video camera mounted to a gun before, but I might be the first to mount it to shooting glasses.
Here are the videos, I used the PMR-30 pistol, and a modified M11-9 submachine gun

Co-op bay (with plane!). The plane was mean't to be shot by Toby's partner, but he ran out of ammo. 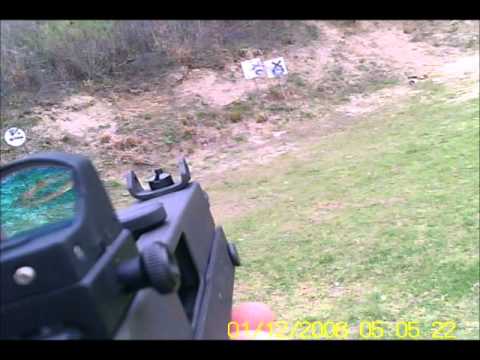 Shoothouse Bay (watch out for the Flamingoes) 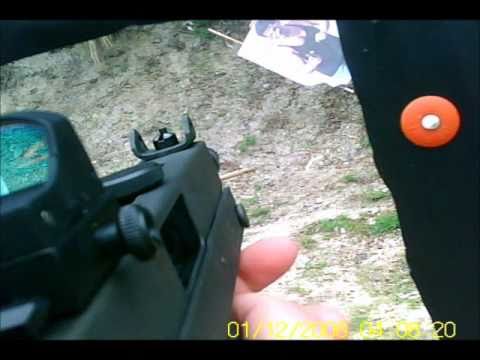 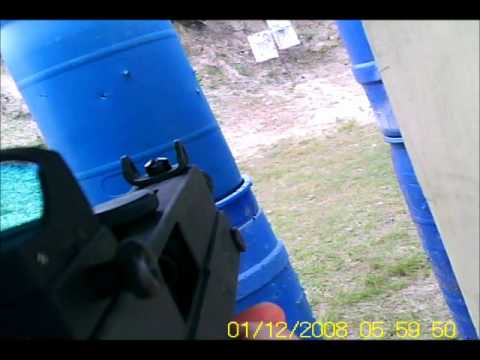 You can find more about sub machine competitions at the Bullet Hose forums.

[ Many thanks to Toby for sharing this with us. ]