Its most immediately noticeable feature is the unusual blue anodized aluminum receiver. This immediately sets it apart from fowling pieces (bird shotguns). Few camo-clad bird shooters are going to take a bright blue shotgun into the field and risk ridicule from their shooting buddies. That aside, what makes this shotgun really unique is the onboard computer, the Gun Pod. The Gun Pod is no doubt inspired by the FN’s Black Box and similar shot computers developed for military rifles. It sits in the shotgun’s pistol grip and records the outside temperature (which affects performance of the gun), the number of shots fired, and shot power. I imagine the latter two measurements are recorded with a piezoelectric sensor that measures the energy of the bolt when it hit the back of the receiver. Is the Gun Pod is gimmick? I am not sure. The shot counter is probably useful to a competition shooter wanting to maintain maximum performance. The combination of a thermometer along with a power gauge could give a shooter good feedback about ammunition performance in different weather conditions. I look forward to seeing how well it performs for competition shooters. 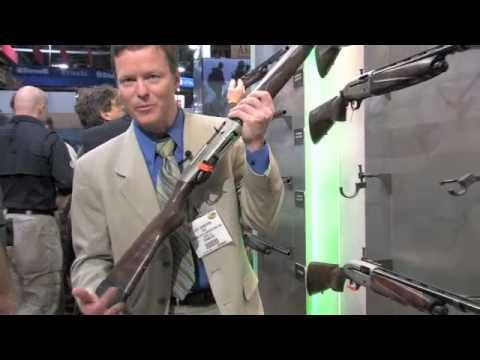