This week there was an interesting development from Advanced Armament Corp. The company has introduced the .300 AAC BLACKOUT cartridge (otherwise know as the .300 BLK or 7.62x35mm) along with a short-barreled AR-15 upper receiver and suppressor chambered in it. The cartridge has been designed to duplicate the 7.62x39mm ballistics in a cartridge designed to work well in the AR-15 platform. Unlike the 7.62×39, the .300 BLK does not have an extreme taper. The taper of the 7.62x39mm, and many archaic but still popular dangerous game cartridges such as the .375 H&H Magnum, has often been cited as an advantage because it allows the cartridge to feed and extract easily. According to AAC, the AR-15 platform was not designed to handle an extreme tapered cartridge, and instead of increasing reliability it decreases it. The concept of a modern 7.62x39mm cartridge is not new. The .300 Whisper, which was introduced during the 1990s, is similar both in concept and ballistics. The Whisper has a moderate following but never achieved widespread adoption. I cannot think of a major manufacture who currently manufactures rifles chambered in the Whisper. The reason for this is, I would guess, the same as why we are currently seeing the fragmentation of the 6.5mm Grendel concept: licensing costs.

The 300 AAC BLACKOUT PDW upper receiver is compatible with all AR-15 lowers. It has a 9″ barrel and so is legally a SBR (Short Barreled Rifle). When combined with the AAC 762-SDN-6 suppressor it makes less noise than the 9mm MP5-SD while providing better ballistics and energy. 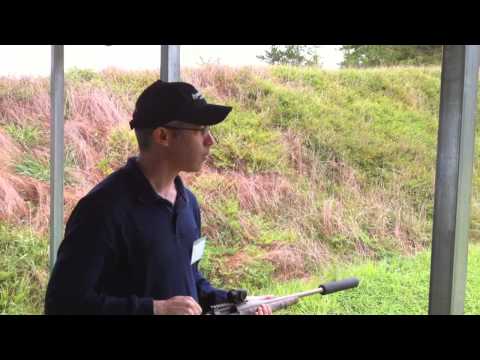 I sincerely hope The Freedom Group (AAC, Remington, Bushmaster et al.) promote widespread adoption of this cartridge. The concept is great for military use, self defense and hunting.

[ Thanks to Robert, Fred and Matt who emailed me about the new cartridge. ]

First the 300BLK in 3 flavors (123gr, 155gr, 220gr) has been submitted to SAAMI and is a completely open standard. No licensing fees at all, anyone is allowed to use it. Reamers, dies, etc should be easily available, as well as ammo made by other manufacturers.

Second, this was not designed as only a suppressed system, it was designed to allow .30 cal use in an AR system primarily- while keeping as much of the weapon system standard as possible, and allowing full-capacity standard magazine use. The smaller powder charge and the larger projectile does allow for very effective suppression, but the ballistics really shine on the supersonic ammo.

I hope other ammunition and firearm manufactures get on board.

UPDATE 2: It is worth pointing out that the .300 BLK concept is completely different from the .30 Remington AR concept. The .30 RAR concept is better compared to the 6.8mm SPC. Also, it is designed for hunting rifles, not military carbines.