A couple of days ago I posted a photo of a crude AK rifle that had been turned into a bolt action. A few readers noted that they saw guns like it when they were serving in Afghanistan.

These gun appear to have been mass manufactured, probably in the semi-autonomous tribal region of Pakistan. REMOV emailed in these photos of another example … They are more sophisticated than I imagined. As you can see, custom magazines have also been produced. The rifle base is based on the AKM. The bolt action appears to be inspired by the Enfield P14.

This gun actually makes plenty of sense. The tribal regions do build automatic AK rifles chambered in full power cartridges such as 8mm Mauser but a bolt action chambered in such a cartridge would be easier to build, lighter to carry and safer to shoot. Any operator familiar with the AK would be comfortable with its ergonomics. In fact, in the United States and Europe, AR-15s can be purchased as bolt action rifles. Many competition shooters use bolt action rifles that are much inspired by the AR-15 ergonomics. [ Many thanks to REMOV for sending me info and photos. ] 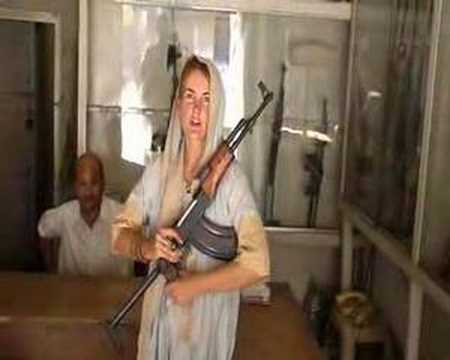 Thanks to overzero for the link.