Brazil is looking to replace the IMBEL MD-2 service rifle (and MD-3 & MD-4 variants). The MD series of rifles is based on the FN FAL design, but instead of a FAL tilting bolt it has a M16 style rotating bolt. A Brazilian general has said that three rifles are in the running for adoption. These are the FN SCAR, the IWI Tavor and the IMBEL MD-97A2. The latter is an update of the MD-97 (which itself is based on the MD-2). The current MD-97 has a bad reputation for reliability.

Brazilian firm Taurus has apparently purchased a license for the production of the Tavor. Now if Taurus USA would just start cranking them out … 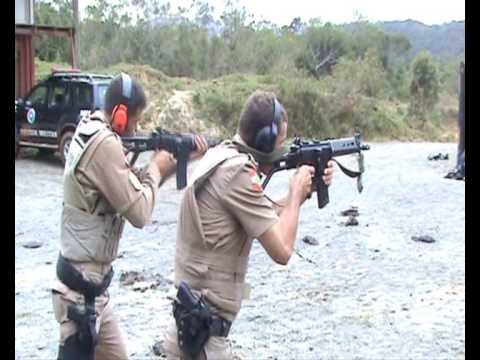 [ Many thanks to Vitor for providing translation of Fórum Defesa Brasil. ]