[Guest Post] : The Saga of the Nigerian Shotgunner [Part 4] [ Y-Man, our resident Nigerian shotgunner, continues his series of guest articles about his quest to build the perfect shotgun. Being one of the lucky few in Africa to legally own a gun, he has to fabricate many parts and ammunition himself because supplies of gun parts are so limited. For the first time, we have videos of Y-Man in person! ]

He listened to the advice and made the following modifications to his shotgun. You can read the previous article in The Saga of the Nigerian Shotgun series here. This is a guest post was written by Y-Man. ]

Guys, thanks for all your advice and encouragement, I went shooting again 20 DEC 2009, and I seem to have got my accuracy “mojo” back! It was obviously the sights or lack of causing this accuracy problem. I cannot discount also that different guns might respond to the same ammunition in different ways: especially smooth-bore 12-ga shotguns firing “smaller than bore-size home-made slugs.
If you guys remember from previous posts: after my Turkish semi-auto shotgun “died” an unnatural death, I got me a sweet, solid Mossberg 500A, 18.5″Bbl, No choke, No vent rib, tactical heat-shield, 6+1, bead sight, PGO. It was almost new, had never been fired, but had been cleaned and oiled. As usual with me: I wasn’t satisfied with just the bead sight or the PGO, so I have been doing quite a lot of fabrication to get me some GOOD stuff done!

First, I did some shooting with the factory bead: POOR results even at 30 meters with my slugs. Then I removed the factory bead, and tested using an old Tri-Viz Turkey sight I had: accuracy was still POOR. Then I did something crazy (Temporary, but crazy!) I fastened a simple aluminum tube (From an old, discarded Flashlight) to the barrel: using two clips (The type used for rubber hoses.). I aligned it to the barrel by eye, and off to the range I went! I began getting hit after hit on 1′ x 1′ steel plate at 40 meters! A few NEAR misses, but if it had been a man-sized target: that would have been DRT! 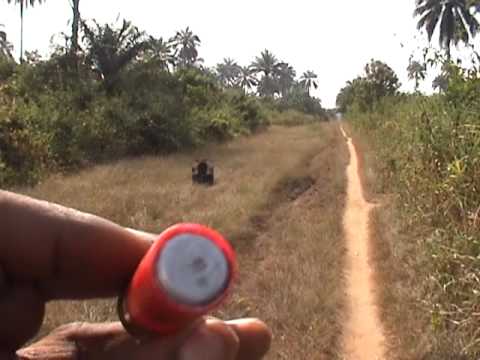 Of course: the aluminum tube was just a field-expedient “poor man’s scope”: no reticules (Just center your target within the circle of the tube!) No magnification… But it gave me my confidence back! I also fired a few rounds from 100metres: of course: no hits! I just did it for the fun of it. The slugs going downrange had a lovely “wheeee!” sound to them…

I later improved further on my sights fabrication just today: I got a washer welded onto a hose-clip and welded a bit of steel bolt into the circle to create/ fabricate a “Y-Man Peep sight!” It’s getting better! I will test soon and let you guys know…

See photos of Y-Man peep sights: http://www.flickr.com/photos/[email protected]/sets/72157623050200929/
A friend and colleague who just went back to Louisiana on Christmas vacation popped into the Bass Pro shop in Baton Rouge, and he has picked up a Bushnell Shotgun scope and a B-Square saddle mount for me…

I fixed the B-Square Shotgun rail mount/ saddle, and the Bushnell Banner Shotgun scope to my shotgun. Everything went on my Mossberg 500A Pump Action Shotgun fine. But anyone with a sharp eye can see that the scope points UP, and is NOT aligned with the angle of the barrel. I thought nothing of it until I went testing.

All the rounds were going below point of aim.

You can see the reason why here:

In addition to this: after a few shots: the B-Square mounting rings got loose. One of the clamps had thrown the thread before: and I had used a simple nut and bolt to hold it tight to the rail. That one held through all the firing. But the one that was factory: broke after 5 shots!

I even gave up completely about the scope, and started doing my usual”out of the box” thinking to set up a “proper” ghost ring sight system for my shotgun.

Then I got some “crazy” ideas. (As usual!): I got rid of the mounting rings, drilled holes in the B-square mount, and used hose clips to hold the scope securely to the mount! I used a little bit of aluminum to raise the back part of the scope to align it properly by putting it between the scope and the rail before tightening. The fitting is tight and strong. It looks and feels like it could take quite a pounding and not shift nor shake.

To be sure, before going to do any testing (Using up ammo) I did a “poor man’s bore-sighting” first… No laser available: so I used a strong flashlight that has a diameter of 18mm. I switched that on, slotted it into the muzzle: and sighted in with the scope. At different distances: the reticules of the scope centered perfectly on the projected circle of light! I went testing and accuracy is GOOD! I got a wonderful cheek-weld, and was getting hit after hit on a target (about 11″x 8″) placed about 70 yards distant: 70 YARDS! Video Number 3…

I have finally fabricated a good stock that works. Made originally out of Chrome-Vanadium quality steel rod, it is more of a skeleton stock: fastened at both the top of the pistol grip, and at the bottom of the grip. It works very well. I first padded the steel rod all along the length of it with thick felt, then covered it professionally with strong but soft goat-skin leather (A professional leather-worker did some tight, quality stitching of the leather all round. I also fixed a felt “recoil pad” and worked out a sling… It all works quite well…

Photos of Stock before and after padding

(See stock AFTER padding in the video above)

I have made some videos showing shooting tests that I did with these modifications for which I would appreciate your comments and opinions: both here and on Youtube. Also: there’s a video of my process of converting Birdshot into slugs, using basic tools. (The new key thing is that I have now created a mold out of a piece of barrel from an old shotgun. Since it is from a piece of shotgun barrel without chokes: it turns out a perfect 0.729″ slug.)

How to convert Birdshot into slugs. 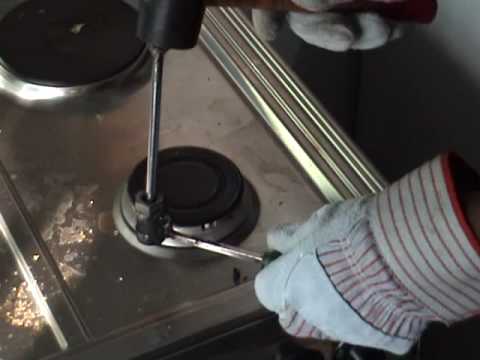 Y-Man testing with scope on shotgun. 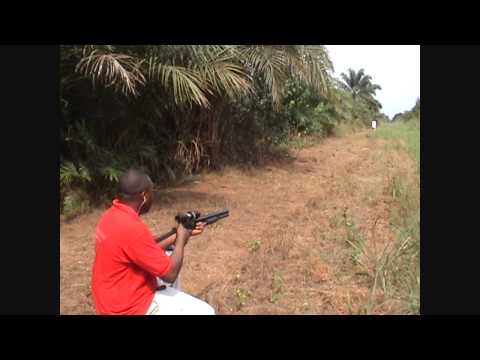