Of all the guns which I have written about this year, few have been as interesting as the Steinkamp SW1. The sleek polymer bullpup stock of the SW1 looks like something out of a Sci-Fi movie, and yet it is a double rifle, a type of firearm that is most associated with hunting in the 1800s and early 1900s.

Many of you are now asking yourselves “Why?”. I say to you “Why not?”. Double barrels rifles and shotguns are still popular and very useful. It is simply a very short double barreled rifle with modern ergonomics and great balance. Amazingly, the total length of the rifle is just 2″ longer then the barrel length!

At first glance is appears that the rifle has dual triggers, but this is not the case. The lower trigger-like lever unlocks the action. The spring loaded buttplate then opens and the ejectors fling the empty cartridges out of the gun. The reloading process is quick and can be accomplished without the operator having to take their hand off the pistol grip. Buttpad opens to reveal the chambers.

The trigger guard doubles as a cocking lever. This feature allows it to be safety carried loaded but uncocked in the field, yet be quickly cocked if a shot presents itself. The cocking action
Firing and reloading the SW1. 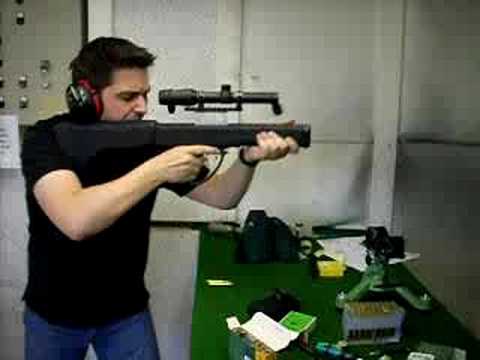 Demonstration of how the SW1 works. 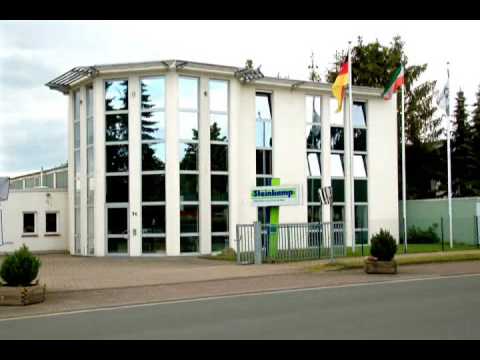 The Launch Edition is priced at $4.998. Although it was available for order in 2008, the first rifles only started shipping last month.